Palm and Apple Will Contest June 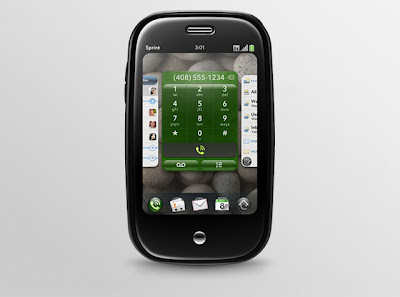 June looks to be the ‘mobile month’ with the much awaited launch of the Palm Pre in the US on the 6th June and whatever Apple are going to announce two days later on the 8th.

We can only speculate on the Apple moves but we can clearly state the Palm Pre ones. The device announced as the ‘iPhone killer’ finally arrives albeit in the US only and also only on the Sprint network. No launch date has bee announced for the UK. The much-anticipated handset will cost $199.99 (£129), after a rebate, and buyers must take out a two-year contract when signing.

One of the most appealing features of the Pre is webOS, the operating system that combines a variety of online services into a finger-friendly user interface. The phone automatically recognises when owners connect to social or e-mail services and builds up a global list of contacts and login details as it is used. Unlike many other phones, the handset also allows owners to have several different applications running at the same time.

The large touch screen, Wi-Fi, 3G, GPS, 8 GB of storage, and Bluetooth, all stack up well against rivals like the iPhone 3G, BlackBerry Storm, and the T-Mobile (Android) G1.

The Pre's release date could be a gamble coming two days before Apple's Worldwide Developers Conference and theBlackberry Storm, was also billed as the iPhone killer.
Posted by Martyn Daniels at Tuesday, May 19, 2009

Hi! Your blog is simply super. you have create a differentiate. Thanks for the sharing this website. it is very useful professional knowledge. Great idea you know about company background.
Increasing your web traffic and page views Add, add your website in www.itsolusenz.com