Another Day Another Blackberry 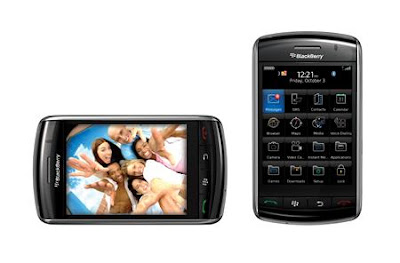 Reuters have reported that RIM (Research In Motion)will roll out yet another mobile later this year! This touch-screen BlackBerry smartphone will go head to head with Apple's popular iPhone. The touch screen depresses slightly when it is pressed, giving users a soft click as the screen is released.

The BlackBerry Storm will be available exclusively to Verizon Wireless subscribers in the U.S. and Vodafone subscribers in Europe, India, Australia and New Zealand.
The Storm comes preloaded with e-mail and document handling software, a media player for music, movies and photos and has a 3.2 megapixel camera.

It appears that RIM are serious about their move into the consumer space and are certainly releasing models that have a wide market appeal and in a short period of time have dropped that business corporate only tag. The question in these times is whether consumers can maintain their confidence and churn rates or whether RIM has overextended its range too quickly.
Posted by Martyn Daniels at Wednesday, October 08, 2008