Kindle in the University 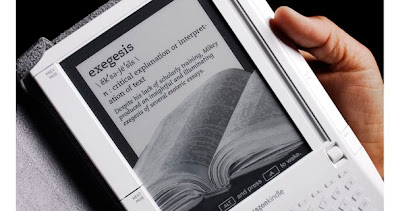 The race to capture the US university market presents some complex digital issues but offers huge opportunities and rewards. In August we wrote ‘Catch them young’ which detailed the adoption of iPhones in the classrooms and mentioned reported on Amazon’s attempt to get the Kindle to replace the textbook.

Yale, Oxford and the University of California have all adopted Kindle programs, and now Princeton University Press will begin publishing Kindle-edition textbooks, launching, Robert Shiller’s new economics book “The Subprime Solution” on the device two weeks before the hard copy. Princeton plans to roll out hundreds of books through the Kindle’s online store. The questions over over the commercial ‘revenue sharing’ arrangements are between the parties and whether , as some may say, Amazon is buying trade.

However with 2,500 universities in the US these, are still relatively small moves. The Kindle may appeal to some but falls far short of meeting demands for colour, and still requires the student to carry three devices; a phone, a laptop and a reader.
Posted by Martyn Daniels at Tuesday, October 28, 2008