PubIt Score An Own Goal? 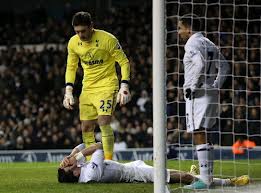 We welcomed the news, which was well broadcast and received, about Barnes and Noble finally breaking out of the US with PubIt. PubIt is their publishing response to Amazon’s KDP and Kobo’s publishing and self upload service. Until today, or should that be ‘still’, PubIt required all publishers to have a US address and bank account and was very US centric. It basically asked all to submit the same vendor details as if you were supplying physical books, but they are a bookseller so understandable to a point.

We rushed to sign up and load up our ebooks, but our initial enthusiasm soon deflated as we discovered that Barnes and Noble may have put out a press release, but had obviously not told their staff, as the PubIt pages had not changed.

We read today that Barnes & Noble’s CEO William Lynch, has just delivered a somewhat limp  second-quarter financial figures with total revenue down 0.4%, to $1.88 billion, whilst Nook revenue rose only 5.6%, and the losses increased to $51.4 million.We must note that when Amazon claim the kindle is effectively a loss leader, the reduced 18% price that B&N have had to pitch the Nook, is obviously a contributory factor.

Lynch claims that self-published titles and digital magazines and newspapers are among the fastest-growing e-book categories. This makes one question why they could not then get the internationalisation of PubIt  right.

It's also somewhat confusing as to 'who is who' within the Barnes and Noble multi brands, but with the Nook being the brand marketed internationally why do they continue to flog Barnes and Noble, Nook and whatever the Newco is now called to a market that is unaware of all three?

Oops! International PubIt doesn’t fill one with confidence, this may be a goal, but its clearly an own goal.