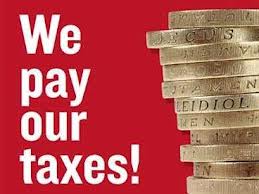 This week, George Osborne stands in front of the UK parliament and delivers his Autumn Report. As the UK economy continues to ‘flat line’ some will say this is his most important report. It is his opportunity to make a tremendous bold moral statement on tax avoidance that will do much more for UK moral and business than tweeking the odd penny on personal taxes and duty. It will also send a clear message to those who avoid UK tax and play EU registration games, that enough is enough. We may be split over Leverson and the press solution but we are as one on the morals of some of the tax avoidance moves currently in play. We are all going through hard times and tax avoidance is fast becoming immoral and tax abuse.

When Banks and Oil companies have made massive profits in the past, they were subject to potential windfall taxes. These were often one off excess tax demands to level the playing field. So why not apply the same logic to those that have benefited significantly by raising huge revenues in the UK, but  then scurried off to hide behind the skirt of some other EU country in order to avoid paying their fair contribution to the people and country that made their wealth possible.

Luxemburg is now the ebook and digital media capital of Europe. It probably makes very little sales there but also pays relatively little in VAT there. So the larger economies of UK , Germany and France where they actually do business suffer as they have higher VAT rates and no VAT revenues. VAT is applied across the supply chain at the appropriate rate for the goods and services, but in this case it nose dives in Luxemburg. The EU promises to address the issue, but the EU is often full of promises and delayed timelines and also tax standardisation is a minefield within a Federal Europe.

So why not accept the status quo and let Luxemburg keep their 3%,  but introduce an additional annual tax on the difference as a windfall tax? This would apply to all sales and services sold into the UK from companies registered for VAT in other EU countries. In the case of ebooks it would raise excise on 17% of Amazon, Kobo and Barnes and Noble’s UK sales. There may be some countries where the their rate is higher than the UK and the company is based here, but in those cases the UK economy will still raise 20% and it will be up to others what they do.

The message this would send out to Europe may be a difficult one for some to swallow, but it would be good for the UK, UK businesses and may even help apply a brake to some of the crazy ebook discounting that some can afford to do more than others. It will certainly send a message to the EU commission that VAT is a mess.

Corporation tax is more taxing and today we have the likes of Google and Apple hiding in Ireland where they pay some 50% less than they would in the UK. We also have one coffee company flying below the radar in the Isle of Man, but making all their revenues in the UK. We have others such as Starbucks with such complex trading accounts and cross country movements that they appear to make no money and are serving coffee in the UK for nothing!

A straight forward windfall tax should be applied to corporation tax avoiders on the same basis as the VAT top up.

Some will say the UK can’t do it and the EU would block any such taxes. However, the alternative is everyone registering for business elsewhere in exploiting tax differences within a common trading community, which surely goes against the essence of the EU.
Mr Osborne, we must not just sit back and tax the tax payers but step forward and tackle the causes of tax abuse.
Posted by Martyn Daniels at Tuesday, December 04, 2012

Good Points, but will the UK/Euro politicians ever get around to really solving this problem? Starbucks seems to have moved its position, but I bet it will find another way of moving the goal posts back into their favour.