An EU 'iTax' Is Not The Answer 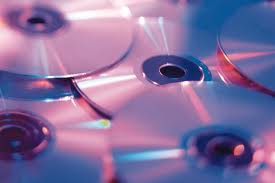 The UK government have announced that they are to finally acknowledge the right of individuals to copy material for the own use. We have all done it. We have all copied a file from one format to another , or from one device to another in order that we can play it as we want to , on the device we want to, or store it logically with other files. Today that is illegal in the UK, but tomorrow it will be finally addressed.

However, in addressing it we face many further interpretations and fine detail. It will not allow encrypted files to be unlocked so in fact could be said to be further promoting some to remain in the restrictive world of DRM. Defining what librarians, teachers and academic researchers, can and can’t copy is today also open to much debate. It will get clarified as the law is amended, but how much compromise has to be accommodated and how open it will be in reality, is widely open to debate and much lobbying by strong vested interested groups.

It is right that the law reflects the consumer perspective and decimalises what is accepted social practice, but it also must protect the licensed owner’s and originator’s too. In doing so it must strive to obviate creating new loopholes that can be exploited by some at the detriment of others. Interestingly it should also recognise that what is acceptable today will need to be revisited and reviewed regularly as the digital environment evolves and cloud based services develop. We still are to revisit the long overdue review of the first sale doctrine on digital and some would argue that this alone is the biggest timebomb and is primed to explode

The latest taxation challenge and EU battle looks to be over what has been dubbed the ‘iTax’. This battle is clearly going to pit the UK against other member states and also some other states against each other.

Today in France if you buy a 64gig iPad you will pay a 15 Euro iTax on the transaction. If you buy it over the border in a neighbouring country you may pay zero iTax. France raises a levy on digital device sales to offset the lost revenues from digital copying but could be said by some to be just driving sales elsewhere with little deterrent and even less real revenue. In Holland cassettes carry a 2 Euro levy and a 2 gig memory stick a 0.50 Euro one. In Poland even blank sheets of paper are taxed  as they can be used to facilitate copying. It begs questions as to how the tax is distributed, the logic of the charges and whether they make any difference today, let alone tomorrow, or whether they are just like some ‘green taxes’- a means of raising tax revenues?

The UK have rightly said no to the iTax and now appear to be on a collision course with the EU who wish to introduce a standard cross community iTax with some £15 tax in iPads  and other gadgets and also iTax on blank media, all to cover the cost of illegal copying. Some would suggest this is just tax for tax sake.

Copying and piracy is promoted by scarcity of content and the inability to access, play or store at one’s convenience. Loopholes and inconsistency of pricing, taxes and approach to copyright, in a cross border commercial environment such as the EU, is the bigger cause of abuse. Taxing devices and blank material is not the answer and just drives more people underground. Inconsistent VAT rates, between digital and physical media, and also between free trading nations are at best indefensible and at worst an open invitation for global companies to exploit for their own pockets at the expense of all. Introducing more tax, for tax sake, is not the answer.

The EU is once again demonstrating its ineptitude to deal with the digital issues head on and instead play to their political audience. The digital strategy that we wrote about earlier this week, clearly shows vision but also is so predictable and fails to address today’s issues.

The fact is that global business is pulling the fabric on which individual and local societies can grow. The commercial environment today is imbalanced in favour of the accountants, lobbyist and loophole managers and Taxing the illogical to reward the state is not the answer.
Posted by Martyn Daniels at Saturday, December 22, 2012