The Organisational Impact of Digital 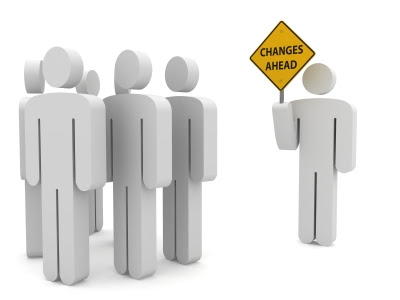 The changes in the technology market are somewhat frightening and swift and organisations we once expected to last for ever, or were seen as the new role models can soon wane. We remember, the first ‘Publishing in the 21st Century’ research paper , The organisational Impact of New Media’. We helped those stalwarts, Mark Bide and Mike Shatzkin galvanise their thinking. Then we looked at a digital world that was going to happen, some 15 years later, we now face an exploding digital market.

Only this year we have seen Kodak hit the digital wall this year.

We have also seen Nokia struggle to find the right mix as others swallow up their once dominant market share.

It is sobering that this week Facebook, in acquiring Instagram, valued the 15 month old company of 13 staff at a staggering $1 billion.

We have seen the innovative Sony in the doldrums with four years of losses. At the end of March 2011 Sony had some 168,200 employees. Now Sony has announced it is to cut some 10,000 jobs, which equates to some 6% of its workforce. Only last month Sony said that it was selling a chemical products division, shedding some 3,000 people and earlier it merged its Sony Mobile Display business with Toshiba and Hitachi to form Japan Display and in doing so effectively shed a further 2,000 jobs. Job cuts and reorganisations are not new at Sony. In the Global Fincial Crisis at the end of 2008 they shed some 16,000 employees.

We often think of businesses in simple terms of turnover, employees, profit, but today these can be inhibitors, which make the ship heavy and difficult to tack quickly whilst others prove far more nimble and react to changes far quicker.
This week many are debating the perceived justice or injustice of the DOJ decision on the ‘Agency’ pricing model. What may be more interesting is to debate the organisational changes that will have to happen within ‘publishing’. Big is not always best and not all of today’s players will make it to tomorrow. What is the ideal publishing organisation of tomorrow? How will it be structured different from today? What will the difference between the various sectors? Who will be best positioned to seize the new opportunities?

What is clear is that change is not just about content and seize is not about people but how you deploy them.
Posted by Martyn Daniels at Friday, April 13, 2012