Would You Buy A Nokia Smartphone Today? 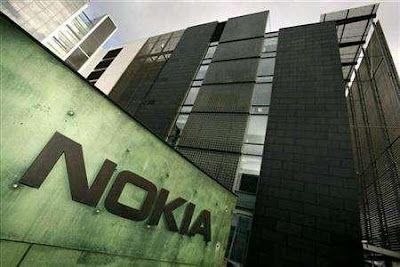 In the wider technology and corporate world there are significant changes taking place which should act as a warning to all that no one’s future is guaranteed and that everyone is judged by not what they delivered yesterday but what they deliver today and tomorrow.

Yesterday, we saw a brash Nokia stand boasting much but delivering little at the London Book Fair. It is somewhat delusional of them to believe that they are ready, or even offer a viable proposition in the dynamic digital market. They may have technology, but it’s the technology that is not in demand today and its consumers they need to convince.

It was only a short time ago that Nolkia were the mobile of choice, they dominated the global market and appeared not to put a foot wrong. Then came the iPhone, apps, Andriod and the market changed. Nokia made some wrong moves, bet on their leading position and technology and with a series of operating system gaffs bet on losers. It is very questionable whether their switch to Microsoft will save them and we see two former world champions not capable of getting into the ring with the new contenders.

This week Nokia’s credit rating was cut by Moody’s to Baa3, which is one step away from non-investment level. Compounding this bleak position a profits warning last week knocked 20% off Nokia share prices and as iPhone and Andriod sales continue to rise Nokia’s smartphone sales have now halved in a year.

Nokia remains liquid and maintains a strong capital structure, but desperately needs to reposition itself in the market which may be difficult. It has the capability to bounce back but can it be a force against an Apple and Google dominated market? The two things that are certain about tomorrow are that we will be older and change will happen and what is increasingly uncertain is who will succeed, fail or even survive the journey.
Posted by Martyn Daniels at Thursday, April 19, 2012