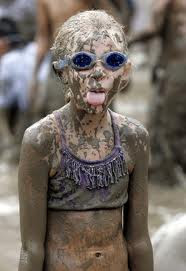 Searching for clarity on the DOJ Agency debate is often like searching for the Holy Grail and wherever one turns one finds opinion based often on vested interest more than independent judgement. So it was great to read Jane Little’s ‘Antitrust Primer for the Publishing Price Fixing Lawsuit’ article on the case. Jane has taken the legal points made by the DOJ, reviewed the anti trust legal position in the US and has crafted a piece we would recommend all to read.

Some 15 U.S. states plus Puerto Rico are apparently in settlement talks with the three publishers who have opted to settle. This action itself could impact on the separate class actions that have been lodged in the US. There is speculation as to the motive behind these settlement talks and some such as Alison Frankel suggest that they made be designed to undermine the class action cases.

Interestingly two Canadian law firms have now named Apple, Hachette, HarperCollins, Macmillan, Penguin, Simon & Schuster, and their Canadian subsidiaries, in class action claims that they colluded to “fix, maintain, increase or control the price of ebooks”. The filing claims that the action contravenes the Canadian Competition Act which makes it a criminal offense to enter into a conspiracy with competitors that increases prices. The Canada’s Competition Bureau has not declared if it is probing Apple or the publishers.

The European Commission stated last week that it had received settlement proposals from Apple and four publishers; Simon & Schuster, Harper Collins, Hachette Livre and Macmillan. Interestingly this further settlement could include Apple and Macmillan who have not settled in the US and have opts to have there day in court.

So we have different perspectives in different geographies which are obviously driven by different laws. However, the news has raised the profile of ebooks within the general public for all the wrong reasons and whether we like it or not has it has again raised question of pricing in the mind of the consumer. Anyone who remembers the initial CD pricing debacle in the UK will know that mud unfortunately sticks.
Posted by Martyn Daniels at Monday, April 23, 2012