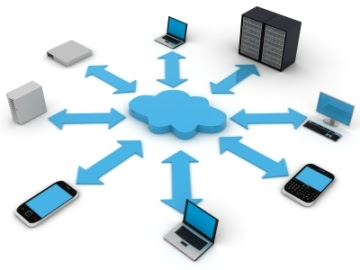 When we look at the book supply chain in its most simplistic form we find; authors, who create the work; Publishers, who acquire the rights, develop, hone, produce and take the work to market; Retailers, who promote and sell it and finally, the consumers who buy and read it. The Physical book supply chain was always made complex by the sheer numbers of unique titles, from thousands of publishers, which were sold through thousands of retailers. Consolidated publisher distribution and third party wholesalers helped aggregate the bulk, but it remained a ‘many to many’ and crowded supply chain. Some saw this as a weakness, but in reality, it was a strength, which despite its inefficiencies, it gave us great diversity.

In the late 90’s online bookselling saw both publishers and even retailers handing over their internet sales and customers to new internet entrants. It was amazing to see even large retailers initially prepared to duck out of the internet and align their internet fulfilment with the likes of Amazon. Some woke up and started to create their own internet offers as they realised that it was just another channel and it was their customers and margin that they were handing over. Others were happy to sell someone else’s range, through a customised generic ‘white label’ websites and just collect the commission on sales and many publishers developed their own web sites but still often handed over the fulfilment and sales to others such as Amazon.

Around 2006 the ebook re-emerged. It was now driven by a new breed of eink devices and a digital network capable of supporting media. Many decided it was too expensive, too difficult, or too risky to compete and again handed over the trade to a handful of digital aggregators/retailers. Many just sat on the fence and waited to see if it would happen. As a result we now find the ebook world is effectively serviced through a handful of digital aggregators which include the ever agile and market dominant Amazon. As a rule aggregators do not link to other aggregators to retrieve files, but instead demand all files reside in their own repository.

Some would suggest that the ebook supply chain just got very simple and cut out the majority of bookstores. Ventures such as Indiebound offer bookstores the white label solution, but the reality is, that with the exception of the likes of Barnes and Noble in the US, the retailers did little to embrace and invest in ebooks.

We now even have an ‘honesty box’ sales environment were publishers no longer count the units out the back door. They hand over a single file and then rely on sales reports from others on how many units actually shipped and at what price.

A few however adopted a different approach. This separated the different activities associated with the sale on similar principles to the ‘drop ship logistics’ that is used by many in the physical and internet world. Here the retailer can sell anything from anybody. The customer finds the ebook at the online store pays for it and their cash transaction is processed locally. When cleared the transaction is automatically transferred via web services to the digital repository holding the title with instructions to ‘pick, pack and dispatch’ it electronically to the consumer. Once downloaded the retailer is notified of the completion and the whole process is completed all in real-time.

Some would suggest that is what happens today and to a degree they would be right. However, the fulfilment is often by one aggregator. In 2007 we created ‘digital drop ship’. This could use a combination of digital repositories many hosted by the publishers. The web service coding and messages were standard and the location of the file could be determined either locally at the retailer or remotely at a clearing centre. The same infrastructure could also support library and other rental services.

We could go on but the point is that the publisher were still able to send files as they do today to the half dozen major retailers and then service the rest themselves. They effectively be counted the downloads out of their own backdoor and controlled their assets. Importantly they now enabled anyone sell their ebooks, with no commercial risk, retaining tight control over their inventory and never letting a single unit out the door until it was sold.

Some may say we are dreaming, but it exists today.

Today we find the power in the ebook supply chain is shifting firmly into the centre - to the aggregators. As we have seen these then can be or become retailers, restrict the market to their white label offers and importantly control the channel. They could also become publishers themselves, initially in self publishing and later by their own imprint or perhaps acquisition of other’s lists. We have also seen the movement away from devices and towards the ‘closed platform’ often with its own DRM and file format nuances. The likes of Amazon, Apple, Kobo, Barnes and Noble platforms all close down the opportunities for others and have become the new ebook ‘king makers’.

We are not saying that ebook consolidation is bad, but we are saying that it creates new challenges, risks and opportunities and perhaps its time to consider some of these before we sleepwalk into a position we may feel uncomfortable wakening up in.
Posted by Martyn Daniels at Thursday, February 09, 2012

Great work. It's really helps to me a lot..