Are Sony's Days in eBooks Numbered? 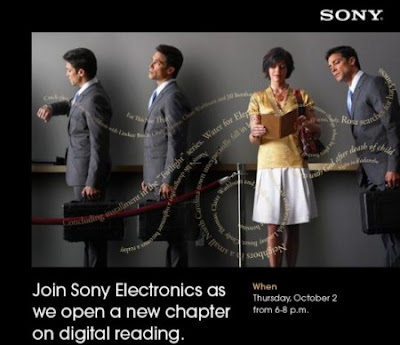 Sony once aimed its sights at being a big player in digital publishing. It created its own ebook format, was one of the major drivers behind Adobe updating the neglected ACS3 with the ACS4 DRM service, were the early backers of the ePub format and of course introduced several eink ereaders. It even entered into one of those ‘exclusive trade deals’ with UK retailer Waterstones. However it failed to deliver the list, didn't not develop a plausible platform and lost the eink world to Kindle. Some five years on and how times have changed. Sony were around at the begining of the digital reading chapter, but this may be one ebook that will remain unfinished and is in danger of slipping from the front list and going out of digital print.

Sony’s problems would be small if they were just about their ill fated venture into ebooks. However, today Sony have just announced a 159 billion yen ($2bn) net loss for the last quarter of 2011 and have slashed their full-year forecast to a loss of 220 billion yen ($2.8bn). Hard times, require hard action and Sony have reacted and announced that in April ex-PlayStation exec, Kazuo Hirai will take over from Howard Stringer as Sony president and CEO.

The reasons for the challenges facing Sony are as many as the different markets they deal in. They include the implications of the losses it made on selling its S-LCD display shares to Samsung. Also there is the cost of the migration of Sony Ericsson back to Sony with the associated creative accounting on deferred tax assets and a fickle electronics market,where Samsung have eaten into Sony’s once strong market share and it has dropped some 15.7% in the last quarter. Then we have the floods in Thailand a strong Yen and a sales drop of some 24.4% in its consumer products and services sector. Even Sony Music and Sony Pictures didn’t lift the gloom with Picture only registering a modest profit and Music seeing a sale year on year decrease of some 11.7%.

Its hard to see Sony making a comeback into digital publishing and its offer would require some serious investment and change of fortunes at a time when the business obviously reqires to focus on its core operations.So as Waterstones look set to announce another partner is Sony's ebook venture at the end of the road?
Posted by Martyn Daniels at Thursday, February 02, 2012

Sony have something in the works. NDA prevents me saying anything else, or indeed putting my name to this. Sorry Martyn, you'll just have to trust me. ;-)