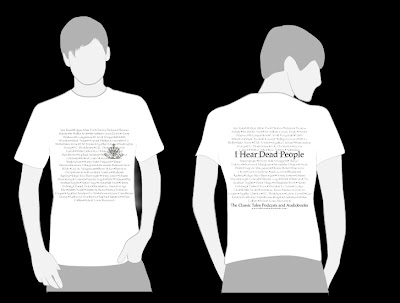 When we wrote the Brave New World report, we expected the digital audio market to take off. After all, the devices were already there, the download mechanisms existed, the bandwidth was there and MP3 was going DRM free with music. All we had to do was to plug in the earphones. But it didn’t happen and instead the ebook lurched forward, took off and we forgot the audiobook. The reasons for the lost audio opportunity were many; Amazon’s acquisition of Audible and their retention of the old book club model, the lack of digital content, the cost of production and subsequent high ticket price of audiobooks, rights etc.

We were stimulated with launch of Silksoundbooks.com in June 2007. It appeared to have all the boxes ticked being backed by top tier actors such as Bill Nighy, Judi Dench, Richard E Grant and Jane Horrocks and it was also selling titles at a reasonably low price of £7.95. It was as if the classics were going to get a lift and digital audiobooks were to happen. Sadly the 60 initial titles remain and the expected ‘1,000 within three years’ didn’t happen.

Last night we were a panel guest on Litopia After Dark and met a fellow panellist BJ Harrison. BJ has started his own classic digital audiobook venture based in Utah. He again has chosen the classic public domain route and now has some 150 titles all recorded by himself and available via thebestaudiobooks.com and his iTunes ‘The Classic Tales Podcast’ , which in its first award-winning season registered 3rd in their overall iTunes podcast charts. B.J. Harrison mixes the world of classic short fiction from Poe, Dickens, Hardy, Stevenson, Fitzgerald and many others, with the longer classics of Twain, Dumas, Stevenson. The list of authors reads like a ‘Who’s Who’ of classic literature and he has not restricted it to North American. His prices are very very keen and should appeal to a wide audience seeking a listening read at a bargin price. Its approach is very similar to the successful action Wordsworth Editions took to bring down the price of printed classics.

We were stimulated by what BJ has achieved and although some may say its only on a small scale, it again raises the opportunity and a way to do things differently. He mauy have taken a similar route to Silksoundbooks in adopting the classics but there is no reason why the approach and model can’t be used by authors under a collective umbrella.

Does the audiobook stand in its own space, or will it become just a text to speech device feature, or an additional file element to an enhanced ebook?

We think that the audio format has a place and is not just for the visually impaired. Again we are drawn to Dickens and the short instalment or episodic release. The enthusiasm with which he captivated hie audiences and drove his sales of the books. What a fantastic way to release a story in the digital age and even a different way to sell and market a story..

To listen to the 'Litopia After Dark' podcast 'Million Dollar Voice'