Paws in The Proceedings 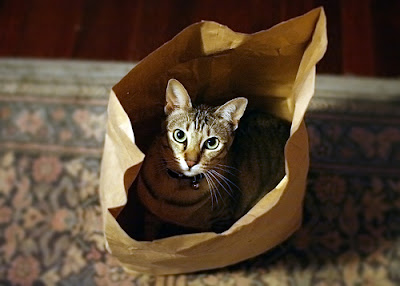 Some would suggest that 12 weeks is a long time during a period of rapid change, others that it is a mere blink of an eye. For the last 12 weeks we haven’t written a line about technology, digitisation or publishing. The reasons for this paws in the proceedings were many. It wasn’t that we felt we had little to say, or that things weren’t happening, or we felt that that publishing was now digital, nor did we have writer’s block.

So what have we missed during this last 12 weeks?

Legally things have continued much as before. The Goodle Book Settlement continues to go on and on. Although Judge Chin has at least set a legal agenda and timetable the parties have now moved on from snippets to distribution and it is worse than watching paint dry. One can almost guarantee that by the time they finally settle the agenda would have some new twist, will mostly be irrelevant and the only ones to profit would be the lawyers. The Office of Fair Trading still can’t seem to get its head around agency pricing, but we must recognise this is the same body who once thought CD pricing in the UK was fair. The Authors Guild’s have lodged a case against the HaitiTrust’s digitisation of orphans, which would seem to suggest to some that the lawyers in the AG are steering the ship and making hay whilst the sun shines. Also we now have the extension of music copyright to accommodate those aging musicians and the ever youthful Cliff Richard.

As we have often said, publishing is a rights business without a rights registry and apparently trying to migrate into the digital world, using at best paper and worst telepathy.

Should we have expected any different in 12 weeks on the legal front?

Market developments however never stop and Amazon certainly keeps announcing acquisitions, partnerships and new services. Any venture that raises its head above the parapet is fair game on Amazon’s radar and if it isn’t then its probably failed. The potential acquisition by Amazon of The Book Depository would appear to be good for consumers but potentially bad for the traditional channel. However some would suggest that the traditional channel has so far failed to compete online. Amazon have also pushed forward with their Overdrive library partnership which potentially is a game changer and they are also quietly pushing their Prime service offer to underpin their services. The only cloud on their horizon continues to be US sales tax issue.

The only other market news to grab our attention was the establishment, or ‘Disneyfication’ of Harry Potter into Pottermore.com. Despite Rowling’s previous position on the digital revolution, the move was logical, but the model is somewhat limited for others and who would want to be an agent in these changing times!
Technology has been relatively quiet during the quarter. Perhaps it was summer or perhaps they are all queued up awaiting Frankfurt. Sony did continue to huff and puff with a new model based on the old same story and its hardly surprising that they are even stalling in their own backyard. They may be lifted if Waterstones once again adopt them as their ereader answer, but for now look a spent force.

Rumours of an Amazon tablet have started to firm up with some even reporting on its testing. Its hard to say whether it is a Nook beater or a iPad rival today, but it is certainly one to watch especially if tethered to Whispernet and offered on the same connection terms as the Kindle. Sorry Amazon brand managers, that should read ‘Kindle’ not the ‘the Kindle’. What is clear is that apart from THE Kindle reader black and white eink is going out of fashion.

Finally, it was interesting to see Google acquiring Motorola. This says much about the continued rise of mobile technology and could offer some very interesting options for Android and Google integration.

During the period we lost Michael Hart the founder of Wikipedia and ebook visionary and also Steve Jobs finally stepped down at Apple. Both have left a significant digital legacy and have changed publishing from the outside.

The one thing that is now starting to gain column inches and much speculation is what some call ‘Netflix for ebooks’ or in Europe ‘Spotify for ebooks’. This is a change in the consumer model, from outright purchase and ownership, to rental and subscription models. We have long argued this and Amazon well poised to move both on the consumer and now library fronts . However, the industry seems reluctant to embrace the change and is bogged down with yesterday’s contracts, terms and model.