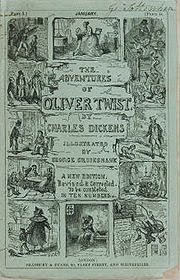 Are authors revolting? Some would leap to the barricades before we have had to time to explain that the question is not aimed at a general view of authors, but at their reported press coverage of late.

Booker prize winner, Ian McEwan has signed a deal with Rosetta Books. The objective is aimed at exploiting his back list within the ebook market through an ‘exclusive’ with Amazon. It follows on the heels of a similar deal by Stephen Covey and could be followed by others who now seek a bigger royalty slice of the publishing cake.

The Society of Authors in the UK has raised the issue of digital royalties and is clearly placing their stake in the ground quiet a distance from where many publishers have pitched theirs.

We then have the case of Ursula Le Guin who is gathering support in her quest to awaken her peers to the dangers of the Google Settlement and what is perceived as a case of bad representation by the Authors Guild.

We are reminded of a conference in the 90s where a speaker was looking at Internet marketing and promotion from the authors perspective. He used a leading writer as an example of good self representation and contrasted this with the limited representation by the publisher. The twist was in asking the audience where the buy now button went on the author’s site – Amazon. The added twist was that the publisher’s site also went there too and this was before Amazon was the force it is today!

Around the same time we tried to promote AuthorCare solutions aimed at opening up the publisher’s back office to their authors and making sales and royalties more transparent. The market response was very much that it was not needed and it was already open and transparent.

The two people that the greatest value are the author and the consumer. Digitization has already impacted the relationships in the music industry between artists and producers and is also impacting other creative media sectors. If authors are asking for more, or a better representation then surely we should think twice before adopting Mr. Bumble’s response.
Posted by Martyn Daniels at Monday, January 25, 2010

"Ursula Le Guin who is gathering support in her quest to awaken her peers..."

Many of us are quite awake and wary, thank you.