Are Apples Go For You? 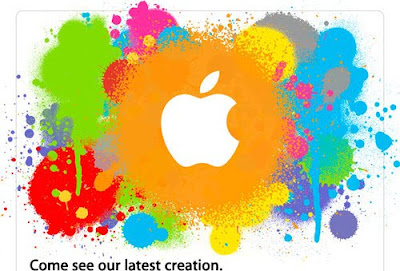 We all watched and waited with open breath as Steve Jobs unveiled the latest iP – the iPad. So we started with the iPod, iTouch, iPhone now we have an iPad. We were asked by a good friend if we were getting one and found ourselves say yes with our mouth, but no with our head. Days later we probably say no on both counts. The truth is that we don’t like ‘Appleworld’ where we have to buy the tin from the shop and then go back to the shop to buy the goods and are not allowed to use anything that the shopkeeper doesn’t like or want to sell. It’s like being locked into one supermarket for all your food.

So we have 100,000 apps, 3 billion downloads, devices selling like hot cakes and a new release program which is obviously built to demand upgrades and replacement by holding back on the obvious. Our personal gripe is the attitude to competitors and widely adopted software such as Flash and the clear lack of devices that would help interoperability. Apple history is littered with its ‘control freak’ approach to the market and they are unlikely to change their spots.

Having inventing the iTouch, which looked just like a iPhone but was too small, they have now introduced the iPad (ironically conforming to the iP brand family). Unfortunately, when we look hard is just a bigger iTouch.

The iPad clearly heralds the end of the iEnk era of ‘lookie likie’ ebook readers which were becoming both boring and tiresome. Who wants to watch black and white TV in today’s colour world? Who wants a single program device when you can have a multi media and internet device. Apple has clearly moved the tablet goalposts but is it enough? Will students adopt a closed market? Will apps be enough to make the difference? Will all the other Computer manufacturers just give up and go away and leave the market to Apple? Will the netbook have a more open appeal? Will Android offer a more open option?

Remember Sony had the walkman but today…?
Posted by Martyn Daniels at Sunday, January 31, 2010

The iPhone was a total game-changer for me, from mob-averse to mob-ophile.

I suspect the iPad will be the same - the combo of easy use and zillions of apps to configure it to my exact needs are the lure.

And the prospect of making presentations without lugging around all the associated paraphernalia is mouthwatering.

Still, I'll wait and see what the real thing's like before brushing the cobwebs off my wallet!

I have to say that Adobe run Apple a very close second when it comes to control freakery...

Other than that I tend to agree with you about the iPad - I would love to have a fiddle with it but really can't convince myself that I must have one right now. But I have a feeling that in a year or two, once it's matured in various ways, we'll all be wondering how on earth we ever managed without it. Apple kit tends to have that effect...

I have already turn on my iphone to ipad and it is really great. Ipad will hits on the market because of its design and new features added. By Sikat ang Pinoy