Herding Cats can be Impossible 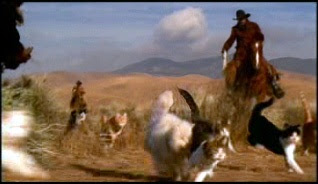 Hearst has announced ‘Skiff’ and now finds itself either at worst, working against the news consortium being led by Time Inc’s John Squires which we covered last month, or at best , imposing the adoption of Skiff on the new news consortium. It shows yet again, that sometimes working in cross industry collaberation can be like herding cats. The consortium includes Time Inc., Conde Nast and Meredith.

Skiff, will deliver digital magazine and newspaper content to a number of platforms using Sprint's 3G network and claims to preserve newspaper and magazine layouts via its "high‐resolution graphics, rich typography and dynamic updates." The Skiff platform is not just about technology but also a total ecommerce shop window, ad revenue generator and a one stop shop solution.

Skiff is claimed to be also working with the semiconductor company Marvell to create a "system on a chip" for e-reading. This would then be available to be integrated into a range of devices. Marvell's Armada 166e chip will power the EnTourage Systems Edge reader/netbook, be in the dual-screen Spring Design Alex e-reader, and also the long overdue Plastic Logic device.

Hearst was an early investor in E-Ink and now hopes to establish a uniform platform that will appeal to other publishers for digital delivery to all other devices such as mobiles, netbooks, PCs etc. Skiff has spared no expense in collecting an impressive set of executives which include vets from Sony’s Digital Reader launch, Intel, Microsoft and Apple. There again SpiralFrog had a great board but didn’t deliver.
Posted by Martyn Daniels at Monday, December 07, 2009