Another Android has landed 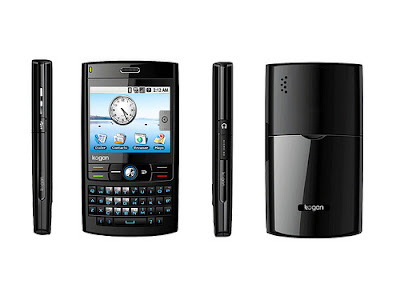 A second Android phone has landed and is making its debut in Australia. It is from Kogan and comes as two models, the Agora Pro and Agora which retail at approximately $256 US and $192 US respectively. Unlike the Pro version the vanilla Agora won't include a camera, Wi-Fi, or GPS. Both have a 624 MHz processor, 128 MB RAM, a microSD slot, 3G network, a touch-sensitive 320×240 2.5" screen, Bluetooth, central navigation key, and a backlit full QWERTY keyboard.

So it offers the Blackberry look and feel and the iPhone application promise and is yet another player in this crowed space. The big question is not its appeal to Blackberry users but what it offers over the new Blackberry’s who have already moved into this centre ground?

What it does do however is give Google another vehicle to push in the application wars but with all due respect, Australia is hardly today’s mobile battleground!
Posted by Martyn Daniels at Sunday, December 07, 2008