How Much Is That Smartphone in Your Pocket Worth? 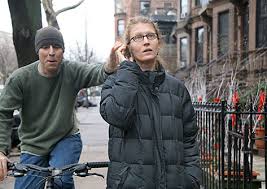 Once thieves broke into houses to steal your possessions, now it’s probably easier to steal your smartphone on the street. As everyone is carrying around a mobile ‘jewellery’, then the value of authentication and protection from theft is becoming a hot subject.
Nearly half of all robberies in San Francisco last year involved a smartphone, up from 36% the previous year. In other US cities the same high profile exists with Washington recording 42% of robberies and New York 14%. It is now claimed that a third of all US citizens own a tablet and the ownership of smartphones is very much higher. In the UK, the Office for National Statistics reported that 107,000 incidents of 'theft form the person' were recorded last year, an 8% rise from previous year.
Do you ‘lock’ your smartphone or is it like the majority open to use once stolen?
This week Apple, as part of their iOS7 announcement, a new iOS feature, they call ‘Activation Lock.’ The feature effectively disables the iPhone even if a thief has turned it off or erased the data on the phone. This remote ‘kill switch’ renders the stolen phone useless and difficult to sell in the black market. The phone can be reactivated only after the user logs into it with the right Apple ID and password.
Google also are taking the issue forward and have filed a patent suggesting users stick out their tongue or wrinkle their nose in place of a password. Yes they envisage we will happily look at our phone and pull a face to be recognised and authenticated. They suggest that specific gestures could prevent the existing Face Unlock facility being fooled by photos.
The patent, filed last year, suggests the software could track a "facial landmark" to confirm a user not only looks like the device's owner but also pulls the right expression and this could be; a frown, an open smile, a forehead wrinkle, eyebrow movement, or a tongue protrusion. They go on to cover a number of ways that they could further ensure the phone is not being fooled. 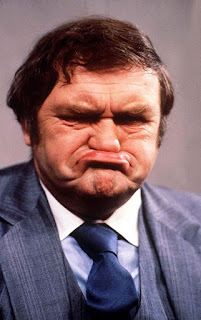 The patent suggests users would have to type in a password if they failed to make the right gestures
Now just imagine you are on a crowed train and you need to unlock your phone, or you are having an intimate dinner in a restaurant and the phone vibrates and you are asked to start to pull faces at the camera. Yes we see it working well at those gurning meetings and the late comedian Les Dawson would be able to give a masterclass in the art, but really there must be simpler ways to validate who you are?


As the smartphone and tablets become our mobile office, personal library and hold more than just contacts and diaries and even our email we must protect them from theft. It is not just a case of replacing them when they are lost or stolen, but maybe thinking about the identity and information that you have effectively lost. This may be more valuable to you and the thief that the smartphone or tablet.
Posted by Martyn Daniels at Tuesday, June 11, 2013

It'd help if makers of smart phone and tablet cases would add a way to attach a lanyard that'd tie those devices more firmly to us.

They don't need to be absolutely theft-proof. All they need do is make for another trouble, the thief picks on someone else.