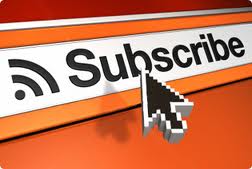 Subscription business often make good business sense to both the service provider and the consumer. For the service provider it enables them to build a sustainable and predictable revenue stream where the peaks and troughs of fads and the unpredictability of demand is cushioned by the width and depth of offer. They still have to manage down the exposure to churn, but have the opportunity to build customer loyalty and relationship. For the consumer it offers the obvious one stop shop and protection from change in what today is often dynamically changing markets.

Media, technology, software, communications are some of the sectors now either moving towards or heavily entrenched in subscription business models.

Today we have the new battles between BskyB and BT, where the latter threw a new gauntlet down with their ‘free’ new sport channel. BskyB have now responded with unlimited broadband for anyone signing up to its Sky Sports channels. This means that a new Sky customer can now pick up broadband for as little as £5 a month on top of their line rental. It is clear that this cross selling and subsidy offer is just starting and will not just effect these two but everyone else who offers any competing service.

We now have some clear adversaries in the various markets. In music we have Spotify locked with Pandora with Apple and Google trying to muscle in. In films we have Lovefilm vying with Netflix with the battle now spilling over into production and competing with Sky. The world of software which was built on selling perpetual licences is now rapidly repositioning itself to annual licences and is being driven by the likes of Microsoft’s Office 365 and Adobe’s Creative suite.

But what about books, newsprint and magazines?

Learned and Academic journals have long successfully worked within an institutional subscription model, which is now under a different threat from the open access movement. Newsprint and magazines have had mixed success with subscriptions. Where the material can be sourced from an alternative free feed it has struggled, but where the material is highly valued, authoritative and is a 'must have' subscriptions have had success.

It’s interesting that some of the largest technology players are looking hard at subscription businesses. Intel is reported to be looking to create a US cable service that would sell a bundle of television channels to subscribers over the Internet. However the existing players are not for rolling over led by Time Warner Cable and other cable and satellite distributors. The distributors are pressuring the cable channels, with whom they have lucrative long-term contracts, not to sign new contracts, which in turn is threatening to bring in the DOJ antitrust investigators. It is certain that the likes of Apple, Microsoft and Sony are watching from the wings.

What is certain is that cross media consolidation will happen. You will be able to subscribe to a service and receive; broadband, tv, film, music, games, software, mobile and digital reading. Devices won’t matter as everything has to be device agnostic. It is not a case of if, but when and who will dominate the market with offers you can’t refuse. To prepare for this opportunity we have to understand how ‘stuff’ gets licenced and how creators get rewarded.

We should not simply say ‘no’: we have to instead engage and make it work.
Posted by Martyn Daniels at Sunday, June 16, 2013