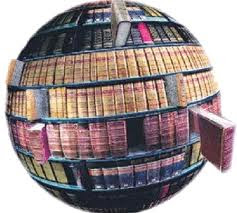 We can now see a big question mark over who, how and what is the digital future of our public libraries. Again we need to look at the US today and recognise that although the system may be different, the direction is similar for all and the impact could be either rejuvenating, or dire for those public libraries already fighting to redefine themselves in this new world.

“Starting today, millions of Kindle customers can borrow Kindle books from their local libraries...Libraries are a critical part of our communities...we’re excited to be making Kindle books available at more than 11,000 local libraries around the country.” says Jay Marine, Director, Amazon Kindle. Amazon.com news release

Some suggest that Overdrive has merely opened the door to its demise, others that they are merely rolling over and awaiting the cheque. Whatever your thinking on the outcome of the marriage, it now has been consummated and Kindle lending is here to stay. Forget that lending has been available on other platforms it is Kindle that counts and Kindle that now resonates with ebooks in the mind of the consumer.

Library lending does have rules on the checking out e-books. In the main publishers have said that libraries must treat digital collections the same way as they treat physical collections. This means that if a library buys 5 copies of a certain book, then only 5 copies can be digitally checked out at one time. This may cause frustration for members but they then appreciate not having to visit a physical library which can be downloaded from anywhere. They also don’t have to return the books as they simply become inaccessible. Best of all they are free to members.
However, the restriction on concurrent loans could mean that members who find their desired book is already out on loan could elect to join the queue, or as is more likely, simply go and buy it from Amazon. If the library loan demand increases as expected, then its logically to assume that Amazon will benefit and pick up more sales. The more the latent demand the better it may become for Amazon.

Some publishers have not risen to the opportunity and have chosen instead to bury their heads in their bookshelves. Two major trade publishers, Macmillan and Simon & Schuster, still do not make their e-books available to libraries. HarperCollins on the other hand has annoyed some librarians by introducing a new restriction on its e-books, that limited individual checking out of a title to 26 times before it ‘digitally expired’ and had to be repurchased.

So the big question remains whether the ebook revolution is going to bring millions of readers to the public library, as predicted by Overdrive’s CEO Steve Potash, or create a springboard to a new consumer model which could actually damage the digital public library?

We think it is a great opportunity for libraries but only if publishers seek to make it happen and everyone makes sure that it is mutually beneficial.

What is astounding in today’s world is why the libraries did little to actually create their own service. Why they effectively outsourced their shelves to others and failed to aggregate themselves. Some such as the National libraries have clearly created their own digital collections, but the vast majority have simply rolled over and let in the likes of Overdrive and now Amazon wallpaper their shelves. Are public libraries to become mere 'white label' libraries in the future.

We have to ask whether that is was wise dot com?

Some of our other recent posts on this subject:
Whose going to capture the various library worlds June 20th 2011
Amazon Takes Another Step to Join the Publishing Pieces May 5th 2011
Amazon Overdrive Potentially Lock Up Libraries April 20th 2011
Freeing eLibraries to Compete? March 15th 2011
Digital Library Madness: 26 and You Are Out February 27th 2011
Posted by Martyn Daniels at Thursday, September 22, 2011