The Suppression of Writing 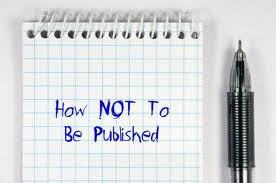 More and more authors are now considering digital publishing opportunities and are taking control of their own works. New ventures such as Unbound, are inviting them to submit their unpublished work to into a social media lottery. Barnes and Noble Pubit, Wattpad, Lulu, and Kindle publishing, are among others all offering new ways to get published. We now even have agents embroiled in heated debate, as some of their numbers are starting to wear two hats and become publishers. We also see the publisher now creating new digital ways to socially capture and sift through the mountain of submissions. Although these routes may not offer the financial rewards of the more traditional one for authors, digital is now importantly enabling everyone to be published. The democratisation of writing and storytelling is arriving.

The old world has a series of gatekeepers which conveniently stand between the hoards of aspiring writers and the infamous ‘slushpile’ and the author goal of being published. However these roadblocks are now being increasingly questioned, tested and removed, but even in this new digitally evolving world, the old world of suppression, narrow selection and often closed ‘who you know’ circles still exists and are still supported by some in the establishment as the right way to do business.

We recently attended a new literary festival and were intrigued to listen to a talk from a leading literary agent and UK publishing personality. The subject was on how to get published, but the reality was that it should have been titled ‘why you are not going to get published’.

We heard many anecdotal stories about why agents matter, the difficult task they, or their interns face, in sifting through mountains of submissions. The fact that less than 1% of their submissions they receive actually even get to the consideration phase of selection. This poor agent already has a backlog from an obvious holiday in August and basically is in shutdown with Frankfurt for ‘two months’ and then no doubt Christmas will have its impact. It was hardly surprising that they had only taken on one new author and the last few years and were clearly focused in working their existing lucrative stable. Apparently, even agents get upset when they get knocked back from publishers at the next gatekeeper post!

It appears we have built a risk adverse approach to publishing.

There are, and always will be, good and bad agents and those which are more appropriate for an author than others. However, this image of ‘X Factor auditions’ would be fine if they at least promoted writing and worked in this digital, switched on and networked community, but the reality they don’t promote but suppress writing and are still clearly based on the physical book world, lengthy lead times to market and the 256 page economic model.

‘Don’t publish digitally and expect an agent or publisher to be interested second hand,’ was delivered, not so much as advise, but as a veiled threat. ‘Every clause in a contract should be reviewed by the agent,’ was then countered by the claim that boilerplate contracts are the way forward and many clauses can now be waved through. ‘Digital royalties should be greater than the 15%,’ but the figure suggested was still somewhat shy of what many believe is appropriate.

The point is that, if we were aspiring writers then the contradictions and ‘holier than thou’ plaudits on offer would have been more of a switch off than an encouragement to write.

Agents have many valuable contributions they can make a real contribution to the creation of more works and support new talent, but this talk demonstrated what some would suggest is how out of touch some are to the world today.

Excellent piece. As an un-agented author of some years' standing, I have a fairly realistic view of the commercial publishing world, especially as I was turned down by many an agent with the standard "Good writing but this type of book has no market these days." Oh, really? Had the small independent and hugely successful publisher I am with not taken a punt on me, I would doubtless remain unpublished.

Sadly, many aspiring writers still don't feel validated unless their work is published in the traditional process. Equally sadly, many are publishing digitally without due care and attention to editorial input. But we'll get there in the end.