What is the Value of Your Direct Customer List? 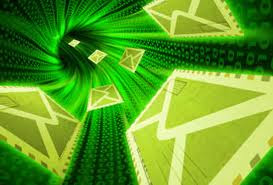 Everyone in direct marketing be it mail order, ecommerce or just mailing knows the value of their list. This comprises all their customers and details when the joined, how they joined, what they have received and importantly how much they have bought and what and when they bought it. Sometimes the list itself is rented out via brokers and sometimes it is retained and reciprocal mailing is done instead.

The one given is that lists are not cheap to acquire, need constant management and pruning and a name doesn’t guarantee anything but the ability to communicate. In fact acquiring names through brokers and purchase is often fraught with disappointment as the conversion rate is nearly always single figures and the earn-out is only achieved on repeat business. It isn’t often about the size of the list but the concurrency, accuracy of the list and ability to mine it.

So we stood back with some amazement when the news broke that Barnes and Noble where buying Borders customer list and information for a staggering $13.9 million. The data is reportedly on 48 million customers but goes back years and in fact has hit a snag because the bankruptcy Judge Martin Glenn has questioned whether Border’s policy covers pre 2008 customers and whether customers must give their consent before the sale can close.

While Borders' current privacy policy, which was implemented in May 2008, clears the sale of customer information, questions remain as to whether customers who joined Borders' database before May 2008 are subject to the policy and whether they must consent to a sale.

The point we would question is the value of the list of 48 million customers, the envisaged conversion rate expected and the cost of acquiring the converted names. This is brought further into question by the fact that Barnes and Noble have already diluted the list and have said that they believe that 31% of the customers are already Barnes and Noble customers. So they are buying 36 million customers.We presume that the list is been de-duped and de-seeded.

We are not privy to the detail of which customers are listed and the mix of these but obviously the two businesses did not have exactly the same profile. We presume the list include the ebook business detail which was run by Kobo but does Kobo have that detail separately as they dispatched the goods? What is proportion of gamers, video customers to book buyers? What is proportion of post only detail and what is the size of the email kist? How many are ‘live’ and have bought in the last 18 months and how has the accuracy of the list been maintained during the last 18 months whilst Borders has fought for its life?

Acquiring a list of 48 million, sorry 36 million, is fine, but delivering a return is another. Just mailing this number is a challenge in itself if they are to avoid merely being viewed as spammers and being automatically rejected at the first hurdle. Some would suggest that it would be wiser to acquire live companies with live lists or simply buying into electoral lists and directories.
Posted by Martyn Daniels at Sunday, September 25, 2011