Try Out Technology in a Hotel Near You 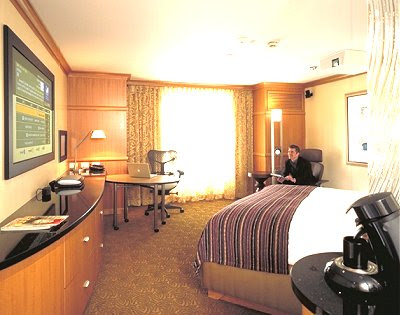 Hotels are so different; it’s what makes stopping in them such an adventure. Having spent so much time travelling both for pleasure and on business, it’s interesting to reflect on what we expect today; wireless, cable TV as well as room service. Hotels from the largest, swankiest to the boutique are such fun today and could become the test ground for so much design and technology.

It was therefore interesting to read a report on hotel technology in the New York Times on how they are working with technology companies to regain their edge.
Sheraton has teamed with Microsoft to create its new Link@Sheraton lounges. Westin teamed with Nintendo to outfit some of its fitness centers with Wii consoles and games like Wii Fit. The Gansevoort Hotel Group teamed with Sony to develop a new lobby business center with Sony computers and PlayStation 3 game consoles as well as digital book readers and cameras.

Technology companies, in turn, have a chance to show off their devices and services to a desirable demographic. They can make them aware of new features, devices and start to encourage people to try something new.

Control4, known for its home automation systems has teamed up with The James hotel in Chicago. Currently under trial the system will allow guests to operate the lights, the blinds, the thermostat and the television using one remote. Mandarin Oriental Hotel Group, plans to use the same system to create a welcome experience at its Las Vegas property, scheduled to open in late 2009. Guests arriving in their room will be greeted by the drapes opening, the lights automatically turning on and the television displaying a customized message with the guest’s name. The hotel will offer 400 megabytes of bandwidth when it opens.

So next year the BEA conference will be in New York. We will book into a recommended hotel in Manhattan and forget the fluffy robes we want a Kindle or a Sony in the room!
Posted by Martyn Daniels at Tuesday, November 11, 2008