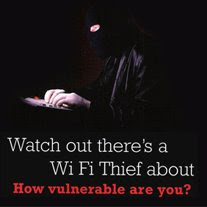 At last someone is starting to stand up to Google and not be seduced by a few pieces of silver. The UK Bookseller Association has fired an appropriate and well aimed shot across the bows of the giant over its recent US ‘Deal of the Century’.
When Google first started its hovering up of books, the programme was reported as helping capture and preserve information and works. Some openly questioned whether this would lead to them becoming a retailer and whether the scanned works would be shared or remain with Google. Some would suggest that Google appear never to have answered the retail question. Some would say that they have never answered it in public. As a result they have marched onward with relatively little opposition and entered by the back door. When Microsoft walked away from its Live Search programme then Google got a clear run. The problem with Live Search was that unlike Google, it didn’t know what it wanted to be when it grew up.

We have constituently argued that the settlement is bad for authors, publishers, booksellers and libraries and only seems to benefit consumers and of course Google. We have highlighted some of the many rights issues and most importantly the land grab of ‘in copyright but out of print’ works.

Google argue that they will not create a monopoly. So who else will have the search and discovery capability across this range of titles and the ability to reprint and sell all of them to both consumers and on subscriptions to libraries? We should not also forget Google’s Android and the extra dimension that this gives them to standardise the new features within it. Some would argue that the response of Google in the Bookseller clearly demonstrates either their arrogance or their naivety and that they have never been accused of the later.

The rights registry is badly needed, but surely not on an ‘opt out’ basis. Google must have thought they had scored the winning goal when they secured this aspect of the solution. They imply, that by being ‘non for profit’, it is for the benefit of all. Some would say that it doesn’t need to be for profit as they will make 37% elsewhere. How orphan monies will be retained and appropriately distributed?

It is unclear what the subscription rates will be to libraries and also the price to consumers for anything other than the free public domain. Given that the overriding premise is ‘opt out’ not ‘opt in’, one wonders how and even if Google will negotiate terms or state them.

The most amazing thing about this debacle is how little consultation appears to have taken place on such an important issue and how once ratified a US deal doesn’t become a global one. Where do the ABA, the libraries and copyright agencies UK PA, IFBA stand on the issue? We hope other industry bodies such as the BA will evaluate the potential impact and join the debate.

The industry shouldn’t merely roll over and in a few years time, wake up and ask how it was ever allowed to happen and Google got away with it?
Posted by Martyn Daniels at Thursday, November 13, 2008

When we look back, in years to come, at the moment the world changed for readers, writers and the publishing industry, we may well decide that this was that moment.

I’ve always been a sceptic when it comes to Amazon’s Kindle. Frankly, I just can’t see the point of lugging around yet one more piece of expensive and ephemeral electronic junk, when the paper-based book is so much more appealing on aesthetic, economic and practical grounds.

However – I believe the game has now changed.

The implications of the Google settlement are truly vast. Let’s imagine that Google soon start to sell an e-reader –just as they’ve recently produced a phone. Heck, it might even be the same piece of hardware.

With the new Google E-reader, you can have the text of just about every book ever written.

That is an offer I believe is impossible to refuse. And on the back of it, I believe they will be able to sell frontlist books, too.

It all depends on how smoothly Google’s “mega-library” can be integrated into the reading experience. Many of the out-of-copyright books that Google will offer are already available, from sites such as Project Gutenberg. But the files are plain text, horrible to read, and really only for the geeky or the nerdy.

If Google’s E-reader can deliver an easy-to-access and deeply rich reading experience, then I believe the promise of “all the world’s books in the palm of your hand” will be impossible to resist.

Yes, the game has truly changed.

Are you tired of the hotels giving you a routine service! Then check out the hotels in Singapore. The hotels are known to serve their guests with class and perfection. It is the service of these singapore hotels which makes them one of the best in the world.