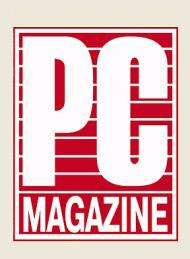 ZiffDavis the iconic technology and gaming media company announced yesterday that is to cease physical print production of PC Magazine and focus fully on growing its online network of related sites.

Their flagship magazine PCMagazine started in 1982 and has been one of the primary sources of information and comparative reviews on all technology such as laptops, desktops, smart phones, software, web services, HDTVs, printers, and much more over the years. Such was the demand for the information in its early years that it often printed huge 400 page editions that covered every conceivable angle and where a must buy for anyone about to buy a PC.

Ziff Davis Media chief executive Jason Young is widely reported saying that "Moving our flagship property to an all-digital format is the final step in an evolutionary process that has been playing out over the last seven years,". Its annual online audience and revenue over those last 7 years has seen growth of 33% and 42% respectively. Today, the PCMag Digital Network, has in excess of seven million unique monthly visitors and reaches in excess of 10 times the circulation over its sister print publication.

PCMag will become the lead site for a family including; ExtremeTech, Gearlog, Appscout, Smart Device Central, GoodCleanTech, DL.TV, Cranky Geeks, and PCMagCast and the last print last will be dated January 2009. A visit to the PCMag site shows the natural online fit of its material and the fact that it’s impossible to find a subscription reference to the printed copy. The trick will obviously be to maintain the traffic and advertising revenues in a world where they themselves are one click away from their competitors and access to all information is so easy.

The gaming group, which includes 1Up and EGM magazine, will remain as current.
Posted by Martyn Daniels at Thursday, November 20, 2008