So What Does LG know that the rest of us don’t? 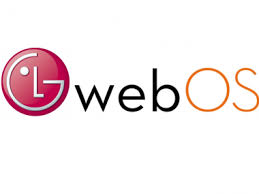 Remember Palm and their operating system WebOS?
It was bought by HP in 2011 for $1.2bn. At the time HP gave it 100% backing, but much like the football Chairman who gets the backs his manager during a bad losing streak, they have decide to change. HP did launch products such as their TouchPad which ran on WebOS, but the result was poor sales.
Palm developed WebOS to run smartphones, Tablets and mobile devices but was swept aside by Apple IOS, Google’s Android and even fell far short of players such as Blackberry.
HP will retain the underlying WebOS patents and technology but will handover the source code, documentation, would be used to power its next-generation smart TV technology. The big question now is whether WebOS will fair any better against the same competitors in the emerging smart TV battleground? Will an Android dominance lead to manufactures want to create their own look and feel, or like Microsoft is doing with Windows 8 will they merely jump ship to the perceived next best thing?
To demonstrate what HP actual thinks they have just launched their first Android-powered HP Slate 7 tablet, at the 2013 Mobile World Congress.
HP is not thought to have recouped the money it paid for Palm for WebOS..
Posted by Martyn Daniels at Tuesday, February 26, 2013