Is The BBC Losing Its Way? 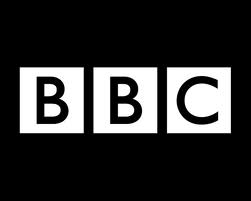 The BBC now appears to be losing its way in a sea of redefinition and a constant stream of new Director Generals. This week they announced a significant restructuring and rebranding within their organisation. Gone is the name ‘vision’ to be replaced by ‘television’ and also gone is ‘audio and music’ and in steps ‘radio.’ Yes the BBC is planning for the future by defining itself in the past!

Children’s TV has its own channel with associated brands, merchandise and trading rights. There is an argument that it would make sense to do the same with sport, drama, news but irrespective people are watching it increasingly on demand, on tablet, laptops, mobiles as well as television. Today, we have content which is developed and delivered in media agnostic verticals. It is no longer governed by the deliver device but more down to what matters- the content itself.

The same devices you listen to stuff on are often the same devises you watch stuff on. YouTube music video have taken off as one of the most popular ways kids listen and watch music today. This itself is only the tip of an iceberg that is constantly adapting and adopting content to technology and we have all seen that the television itself is to be changed and some would suggest become the home entertainment server.

The we have the success of the BBC’s iPlayer which should be giving the new brooms the idea that their business fundamentally is about content and rights not about broadcasting be it on television or radio which to many is like having a telecommunications company and dividing it between telephones and mobiles and forgetting all the other stuff and the fact that its just about communications.
Posted by Martyn Daniels at Thursday, February 14, 2013