So what will be in this year’s Christmas stocking? 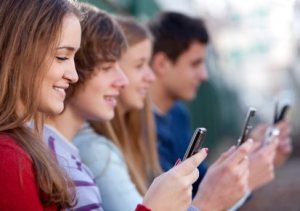 We now have all the technology contenders lined up the Christmas shelves, sometimes side by side and sometime under an exclusive umbrella. The Kindle Fire has landed in the UK alongside the Nook, Apple have released, what they said they would never do – a smaller iPad, Microsoft bumble along as ever trying to play catch-up and Samsung continue to get the sales. Now even the children have their own LeapPad 2, a child-friendly tablet computer, or the alternative robust looking Kurio tablet.

Watch any group of people, on trains, buses, in concerts, or just walking the streets and you will see the apparent techno zombies with ear jacks, their dexterous thumbs and fingers tapping out messages and mail and others reading not books and magazines, but their latest Facebook updates.

Many will be driven to buy a tablet for their children, or even their loved ones. It may be more than the price of the traditional impulse, or last chance buy, but as it becomes that safe bet buy for those with often little imagination, and also often oblivious to the potential implications.

It is an interesting thought that many families will be split up this Christmas, not by physical distance, but will be in the same house, but separated by technology and the desire to watch, listen, read or play by themselves. As a child we always wanted to watch, or play something else – we now can.  A somewhat striking study by Pearson, claims that pupils aged 11 and under now spent three times as long “on screen” as they do buried in a book. Some one in six parents admit that they never read to their children before bedtime and a third share a book no more than once a week.

So the impact of the new technology may be connecting people over social networks, but at the same time potentially alienating them in their immediate social environment. That present you think is going to make someone very happy, may make this Christmas very different for the family and close friends.
Posted by Martyn Daniels at Thursday, November 01, 2012