Tax Avoidance Can Be Morally Taxing 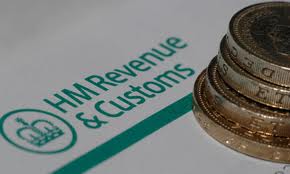 What started off as questions about individual’s offshore investments has swiftly moved onto corporate use of global tax bolt holes in order to avoid tax. Tax-friendly countries aren't new and international companies have been exploiting them for many years. Even the use of Luxemburg by the likes of Google, Yahoo and Amazon has been know for a long time. We wrote about the variance in VAT rates and Luxemburg loophole in late 2011 and its not as if any MP didn't know about it, as it is heavily embroiled in the whole question of VAT and EU tax standardisation. The US Sales tax debate has also been ongoing and has been well documented for years. So why has it been raised now and where is it going?

Following the appearance of Google, Starbucks and Amazon executives before a committee of UK MPs last week, UK BUSINESS Secretary Vince Cable,has now urged authorities to clamp down on the “completely unacceptable” corporate tax avoidance and called for international cooperation over any reforms. To some that is like him suddenly having a revelation when caught with his pants down and it is somewhat ironic that he calls for others to reform when he himself is in fact the ‘UK Business Secretary’.

If we look at the companies under the current spotlight we see Starbucks, which is thought to have paid just £8.6m in corporation tax since 1999, despite last year sales of £400m. Their movement of liabilities across their total business is what most would expect, but the result is now morally unacceptable to others who may not share the same ability and believe that they are being unduly penalised. The coffee cup is no better for Caffe Nero, whose parent company is based in that heavily populated and coffee shop haven, the Isle of Man. Last year they made a profit of nearly £40 million, but paid no corporation tax in the UK. Caffe Nero is not breaking the law, but are “taking advantage of the rules in place in relation to ‘capital allowances, deferred losses and interest payments’.

Another tax avoidance which has now been addressed allowed broadcaster BSkyB to mix VAT and non VAT services within the same subscription. They had been saving an estimated £30 to £40 million a year in VAT by charging satellite customers £2.20 a month for the Sky magazine, which was zero-rated for VAT. This allowed them to avoid VAT of around £3 to £4 per subscriber, which given Sky's 10 million subscribers provides revenues not to be ignored. In 2005 UK courts had ruled that cable companies were allowed to deduct VAT on "cable guide" magazines, if the customers received a product from a separate company and at a fair price. However in 2005 Sky relaunched BSkyB Publications and took production of Sky magazine in-house and also began distributing Sky Sports and Movies magazines. BSkyB Publications' accounts claimed that the majority of the income from the magazine was recycled back to Sky TV. They described it as payments for "customer data" and "support services". In 2010, the Treasury announced among a number of anti-tax avoidance measures, legislation against VAT "supply-splitting" and in 2011 BSkyB announced it would be ceasing publication of Sky Movies and Sports magazines and downsizing Sky magazine.

The question is whether the authorities will go back to BSkyB and reclaim the monies apparently due?

Apple and Google are based in Ireland and enjoy their low corporation tax benefit. Google uses Ireland for revenues that end up being costed to Bermuda where its intellectual property is registered. We then come to Amazon who like its smaller rival Kobo, have their European headquarters in Luxembourg. It begs the question if any big multinational has their European financial base in the UK?

However the Amazon issue is not just about the corporation tax but also about is the uneven playing field and market advantage that the 3% VAT rate of Luxemburg gives it against the 20% rate of the UK. The challenge does not just effect the UK , but any country in the EU that has a VAT rate higher than Luxemburg. Amazon effectively does not pass on this windfall benefit to the publishers, who have to cover the whole 20% VAT in their pricing negotiations with Amazon and effectively pockets 17%. This obviously gives them a clear margin benefit over their UK domestic rivals who have to pay the 20%. The EU is moving, albeit slowly, to close down this loophole but it is more than just a tax loophole but how Amazon buys and sells and makes 17% without getting out of bed!

Amazon also has challenges with its highly successful third-party Marketplace, where the VAT status of its resellers can lead to misleading prices. Depending on the reseller's VAT status, products sold on Marketplace can be listed either with or without the tax added. Some resellers don't supply the VAT receipts, that prohibits these small businesses from claiming VAT. This doesn't impact small ticket items, but can heavily impact a small company buying expensive PCs and other VAT-able goods. The current situation means non-VAT registered companies can make their items look more attractive by keeping prices below larger competitors and in effect create a false market.

However, tax avoidance is now becoming a high risk activity as the media draws the spotlight on the issues and the companies involved now face damaging their public reputations. For government ministers and civil servants to act surprised at the revelations and point fingers at each other, is perhaps indicative of the often ungoverned society we often now find ourselves. We often find ourselves in a world where the likes of twitter and Facebook can draw more attention to issues and we wait until that logic and moral tipping point. The stance and comments from the likes of John Lewis’s MD, Andy Street, and the UK Booksellers Association’s tax and lobbying messages start to raise awareness to the issues. The press has certainly raised the issue of tax avoidance, but perhaps the only real moral test is if the consumer says ‘no’ to the likes of Amazon, Caffe Nero, Starbucks. Imagine a one month ‘say no’ campaign and the impact and message that would send to shareholders of the companies.

Perhaps the greatest challenge is to harness the public opinion and convert it into concerted action. A few posters isn’t going to do it. Lots of bad press can often be weathered, but stopping the cash-flow really can send the message home. Perhaps we have to wait until after Christmas and we have bought all our presents from them and drunk their coffee to keep warm!

It can be done -- using social media to 'brag' on how you substituted Amazon with another retailer/provider. As well not an eggnog latte but an espresso at my local cafe.

By turning into a game or competition and bragging about it with tweets and messages we can hopefully create a tiny ripple ... I have started ...

Tax avoidance schemes marketed by the financial sector have also proven an irritant, and been countered by complicated anti-avoidance legislation.
Go to visit