Maybe Microsoft could have a Huge Role in Publishing? 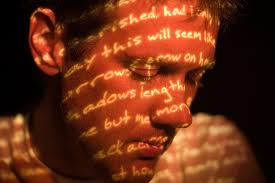 The news that the lumbering giant Microsoft has once again entered the ebook world raised eyebrows, created much chatter and was certainly welcome at Barnes and Noble and especially with their investors. Leaving aside the obvious college and educational opportunities and their need to get back onto the mobile saddle and create something with their Nokia alliance, what could Microsoft do that would really make a difference and give them pole position in the hearts and minds of those in the digital world? The iPhone and iPad have catapulted Apple to the premier device position, Android has made Google more than just a search engine and Chrome has grown in the browser world. Microsoft must act or be relegated to playing in the lower divisions.

We thought about many angles, but the one which screams out to us is to their ability to leverage their dominant position in the ‘office’ product area. This could also defend it against the increasing ‘open source’ world pretenders and take it to a new level of ‘must have’.  Today Word, Excel, Powerpoint remain the de facto office and home document creation applications. However, they remain wedded to the past and exposed in the future. In reality, they haven’t developed significantly for over a decade and are in desperate need of more than a lick of paint.

So what would we do if we were Microsoft? Obviously they will do their best to be a white knight to publishing against the forces of evil but can the do much more? How would we secure their future? What would be the lead strategy that would pull-through other ‘publishing benefits? Simply competing on the OS platform isn’t going to do it. Lining up with Barnes and Noble is like going to support a mid table team – they may make it, they may win some games, but they are unlikely to dominate through Microsoft support alone. Nokia is a great partner, with a strong history of achievement, but they too are desperately looking for partners to shore up their future and have also made some bad calls over OS platforms which have cost them dear.

This would not negate Adobe’s role in complex constructs but would enable the feeds and the vast majority of works to circumvent conversion effort and be immediately publishable. It would enable the authoring and ultimately reading and it will engage a wide audience. Now take one step further and ensure any document that is exported is correctly rights tagged along with any inserted documents, pictures, audio, tables etc and we could be talking about the democratisation of publishing fro the author to the reader.

Some may say that we are dreaming but I bet we aren’t the only ones…
Posted by Martyn Daniels at Tuesday, May 01, 2012