Don't Forget The Digital Back End 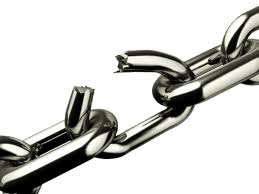 We have long recognised the issue of the lack of effective and consistent digital sales reporting. Its as if the standards bodies and consultants that work for the industry are too focused on building and selling the car but forgot about the after sales servicing. As an industry we spend a great deal of effort deal with the issues at the front end of the sale process, but like the infamous publishing physical returns issue, we often fail to follow through and deal with the back end. It is a golden rule of any supply chain that the chain is only as strong as its weakest link and that any all cost or inefficiency within the chain, is a cost and inefficiency to all and not just those impacted.

We have previously advocated that the standards bodies make strides to at least standardise digital sales reporting. However, in doing so we believe that they should also look not just to fix today’s problem, but build a mechanism that will enable us all to do things smarter and cost efficient tomorrow.

Reconciling digital sales is not straight forward and this was well put across by Helen Kogan, MD of Kogan Page in her reported comments in the Bookseller from the UK PA conference’s "Changing Face of Export Sales" panel. Kogan was reported stating that, ‘One of my biggest bugbears is about the nightmare of digital reporting, it should be a simplistic supply chain but instead we are dealing with multiple reports, multiple spreadsheets. Reporting is a real issue and distributors have a part to play in this. They could support us.’

Some would suggest that the market is consolidating around a few aggregators and therefore it’s a manageable issue. Others would suggest that the lack of reporting standards today and the inconsistency of reporting schedules effects not just sales reporting but also royalty transparency of reporting and payments. Whether we have a few super digital distributors in the future, or as more likely, hundreds of smaller ones as well, the problem remains transparency, timing and standards. Dealing with it today will be easier that trying to deal with it tomorrow.

In today’s ‘switched on’ world where there is literally only one digital file, which is then digitally ‘pick packed and dispatched’ in real time for each order, it would surely make sense to have real time sales reporting to its rights owner and maybe even its author. If addressed from a strategic and architectural perspective we may also address some of the ‘honesty box’ and audit issues which are not going to go away.