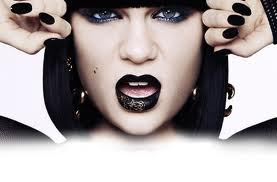 Jessie J’s ‘Price Tag’ has been a huge hit, but how many of us have enjoyed the catchy tune and been oblivious to the lyrics? The message of the song will resonate with many musicians, but equally, there will be many musicians who disagree and want the ‘cha-ching, cha-ching’ and who are focused on the ‘Price Tag’.

Today we read of another author, the Pulitzer Price winning Michael Chabon and his decision to split the digital rights to all his works. First there are those works were there were no digital clauses in the contract and he is free to trade and then there are those later works, which are tied to contracts with digital clauses and that remain licensed to the original publishers.

Chabon has made what many would see as a 'no brainer' of a decision to licence many of the untied works he where he owns the digital rights to, to Jane Friedman’s Open Road. Here he can enjoy a 50% royalty, whereas with the works where he is effectively tied to the print publisher and gets the standard 25% net sales deal.

Some would suggest that the publisher has not only made a significant investment to develop, edit, promote, sell, as well as all the physical inventory cost, but that the 25% royalty offered authors is fair. Others would say that the investment into the original physical publication is a sunk cost, irrespective of the exploitation of the digital rights and therefore, a far higher author royalty rate is not unreasonable.

In the Washington Post article Chabon referred to the Open Road terms as ‘extremely fair and generous.’ He said of the original publisher terms “I agreed to the traditional e-book royalty, which I think is criminally low, because I didn’t really have any legs to stand on. I didn’t want to get left behind in the e-book revolution.”

But is it all about the ‘cha-ching, cha-ching’, or is that just another symptom of a far larger divide that is now starting to open up publishing and question its value chain?

We have long advocated that digital rights should be separately licensed, or that the terms should be cleanly separated re reversal and that the license should be term based not perpetual. However, some would suggest that many authors appear to be slipping blindly into digital serfdom, for periods of life plus 70 years. Is this wise in what is a rapidly changing world and where digital books are only just in their infancy?

One agent claimed recently to us that the author 25% perpetual royalty deal was good because the publisher could 'cross sell the back list titles with the physical copies'. We stepped back somewhat amazed.One only has to look at the Amazon page to understand who actually does the cross selling and especially on back list. We raised a list of other contractual considerations that we thought should be taken up with the publisher which had been not considered in the offer. It is often easy for many to think about their own ‘cha-ching, cha-ching’ and ‘price tag’.

Authors are the bedrock of the publishing business and are often very different in their personal motivation to create and be published. However, many seek a fair reward and digital now offers a level playing field between; old and new works, famous and unknown authors and one where social technology can make the difference between being read and being left on the virtual shelf.

The one thing that is certain is that the commercial models for both royalty and reward and also revenue generation are changing. Agency pricing should and could well be thrown out, or at least seriously questioned and not just by the authorities, but by the consumers. ‘Honesty box’ trading has still to be tackled and as the percentage of digital market share rises, this will soon become a further issue to authors who want to question their sales. Finally, if as would seem inevitable, the cost of digital drops, we must also remember that even a 100% of nothing is nothing.

It is down to the added and perceived value between the two people that matter, the author, who puts their words in and the consumer, who puts their cash in and for some it is about the words of Jessie J ‘We just want to make the world dance, Forget about the Price Tag’.

To Read the lyrics to 'Price Tag'
Posted by Martyn Daniels at Wednesday, December 21, 2011