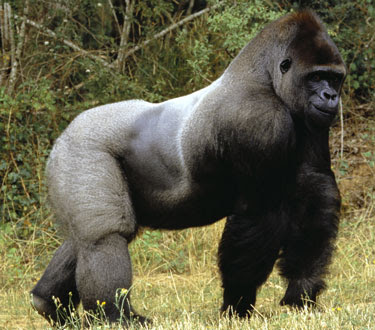 The news last week was again littered with the impact on how the publishing industry deals with new entrants and in particular the Gorillas that are now in the back yard. Two stories in particular raised our eyebrows.

Or as we called it from the very beginning ‘The Great Book Bank Robbery’.

It now looks like the saga is entering yet another interesting phase as Google moves to get the case dismissed by the court. According to which side of the barricades you stand behind, the legal technicalities and case is clear. However, once again we enter into somewhat uncharted waters and a level of unpredictability on the outcome and keenly await the court ruling. What is apparent, is that the world has moved on since the original submission and has twisted and turned ever since, to a point today where one could argue the original submission is in danger of being lost in translation.

Does this mean that all parties will now loose the appetite to resolve the dispute? Some now believe that Google has manoeuvred themselves into a position where the shackles can come off and free them to resume their quest to scan and monitories all in Googleworld, on Goolgleworld terms. Orphan works remain the key, but will everyone now ignore these to open the door to allow everyone to adopt them and be dammed? Will the legislature finally arrive and redfine copyright for the 21st century and protect orphans, or will the opportunity again corrupt our thinking once more? Will anyone protect the orphans or will they just become casualties from increasing ‘friendly fire’ and land grabs? Who will step up to citify the obvious need for a rights registry and will this be global or restricted by somewhat meaningless geographic boundaries?

Some would suggest that the current rights information void is akin the those patents that some big corporate entities buy up and sit on out of their own vested interest.

The second predictable development was the growing concerns over the agency model, or what some see as a return to retail price maintenance for just ebooks by the back door. The agency pricing debates rage on, with often ‘holier than thou’ arguments according to the side you sit on. Our view has always been that the only entity that can effectively price for the consumer is that which deals directly with them and they should be allowed to make their own commercial judgement call on price, profit and offer. However, many publishers will disagree and some will believe that they in fact ‘own the consumer interface’ and are the only middleman between the author and the reader. Others see agency as the Amazon ‘brake’ and vehicle to start to get control of pricing. Many now recognise that ebooks will have a significant place in tomorrow’s revenue streams and understandably want to protect the status quo through price control. Some would suggest this happens today with the pbooks and the somewhat fictional RRP which is there in some cases to accommodate deep discounting.

We would suggest that publishing is now entering a phase where cost reduction across the whole value chain is needed and today’s ‘passengers, prisoners and wounded’ may not be affordable moving forward.

The referral by the UK OFT (Office of Fair Trading) to the EU on the agency issue, the news that the DOJ is finally looking into the issue and the establishment of a federal Judicial Panel on Multidistrict Litigation accusing Apple, Barnes & Noble and a group of major publishers of conspiring to fix e-book prices should be welcomed by all as a wake up call. No one can call the result but the investigations themselves should signal that agency is at worst against the consumer interest and at best skirting very close to being against their interest.

The rumours of some of the contractual clauses that may or may not be included in the agency agreements are alarming if true and still disturbing if not.

So what do we learn from these two separate but related threads?

The industry should not act out of fear of Amazon to form new business models and alliances but should do these on their own merit. Inviting another Gorilla into the back yard may look attractive but what ever happens the only certainty is that there will be a Gorilla in the back yard and whoever the Gorilla is they are still a Gorilla. Agency was a kneejerk reaction and a unilateral declaration by a few, for the few and without thinking of the many. The Google Book settlement unsurprisingly has the same fingerprints on the gun.
Posted by Martyn Daniels at Sunday, December 11, 2011

oh man
his so big
viste us at : http://anejb.blogspot.com