Peace on Earth and Goodwill to Technology Competitors? 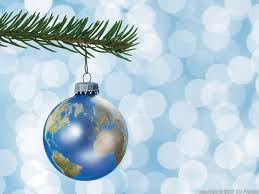 Christmas is the time to think about others less fortunate than oneself.

Well one has to think that the spirit of Christmas doesn’t extend to the corporate world of telecoms as the battles between the giants continue unabated and patent disputes are more common that fights in the school yard and everyone tries to outsmart each other.

Today British Telecom filed a lawsuit in the state of Delaware claiming that six of its core patents have been infringed by the Google Maps, Google Music, location-based advertising and Android Market products on Android. The patents relate to location-based technology that underpins navigation and guidance information and personalised access to services and content. The suit could have serious financial implications on Google with even penalties being due on every Android set sold! HTC and Samsung have already yielded to patent claims by Microsoft against Android and are paying a per-handset fee for every one they make. If held up in the US the BT suit could then move to Europe.

With the number of lawsuits being fought by Google one wonders if they have any friends to sit around their Christmas table let alone send greetings to!

Meanwhile Apple have just scored won a narrow victory over HTC as a court ruled that the HTC copied Apple’s touch screen software for clicking on phone numbers in documents from the iPhone. But the world of patents is not simple and the U.S. international trade commission ruled in favour of HTC on another three claims by Apple that its software had been copied. These are mere skirmishes in the raging patent wars. It should be noted that originally Apple accused HTC of infringing 10 patents so they won more than they lost but with the US being their single biggest market any loss could prove damaging.

So is it all about smartphones?

Well in the 6 months we shall see Amazon Fire grow into a furnace and Apple yet again contradict itself and produce a smaller screen iPad. But the interesting one could be the introduction of a Google Nexus tablet. This would be interesting not just because it’s Google, but also given their Chairman Eric Schmidt’s employment history. We wonder if he took any ‘secrets with him’.

Google has already ‘contributed’ in the development of the Motorola Xoom, but like other Android tablets, it has not delivered the sales but Schmidt in the Christmas spirit is reported saying that ,’competition between Android smartphones and the iPhone will be “brutal”.’
Posted by Martyn Daniels at Tuesday, December 20, 2011