See You In Court 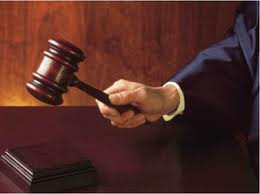 Are the only real beneficiaries of the new technology age the lawyers?

We have seen the music industry take legal actions on copyright infringement sometimes at the sharing of a file. We read last week of the UK Publishers Association’s drive to go after the pirates and the inevitable legal bills. We have technology companies all apparently filing cases and counter claims against each other over patent infringements. We have seen no result but plenty of lawyers earn out of the Google Book Settlement.

Now as if to add fuel to the legal fires a judgement by a Texas jury against Google has found them guilty of infringing a patent related to the Linux kernel and fined them $5m. The money may be chump change for Google but the implications could be far reaching for open source devotes and Google’s server platforms and Android mobile platform.

The case was brought by Bedrock Computer Technologies who have also sued Yahoo, MySpace, Amazon, PayPal, Match.com and AOL. It could create a wave of patent toll booths and raises question on just how ‘open’ open systems and source code are?
Google states that it will continue to defend against such claims on the open source community. More lawyers fees and money into the legal world to defending old and questionable patent claims.

It has been estimated that in the last 14 months there have been 41 patent infringement suits levied at Google's Android platform and its rapidly growing developer ecosystem.

Just this week Apple said it was suing Samsung Electronics for allegedly copying the design of its iPad and iPhone. Samsung has in turn countersued Apple claiming the Iphone and Ipad infringe 10 of its patents.Microsoft have lodged a suit against the Nook e-reader and Nook Colour tablet. Oracle have claimed that Google's Android technology infringes on its Java patents.
Posted by Martyn Daniels at Tuesday, April 26, 2011