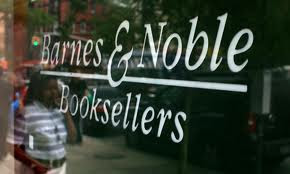 Is the Barnes and Noble Nook Color, an ereader eink killer, or an iPad tablet competitor?

Barnes & Noble’s updated e-reader Nook Color certainly sits price wise smack of the ereader tablet divide, but is that good enough? The operating system is Android OS 2.2/Froyo and although it supports Adobe Flash Player, full featured email, it is not Android 3.0 and flash and email isn’t enough to differentiate it from the either of the ereaders or tablets.

Nook users can already access 2 million digital titles, but these numbers aren’t that impressive any more. The new Nook will render enhanced media titles, but given their numbers today and in the near future, this isn’t a clear differentiator and even Nook Newsstand and its 150 full-colour newspapers and magazines doesn’t excite us.

The problem is that someone looking for a tablet or iPad 2, will probably be happy to part with the extra cash and those wanting a good ereader, will probably bank the cash and choose a dedicated reader and platform such as Kobo and Kindle. Is a colour TFT LCD screen good enough to make a difference? If you want to play video there are better devices and if you want to just read there are better devices.

Anyone trying to put up ebooks onto their service, use their Pubit, or do anything Nookie from outside the US will know very well that the service is very very very xenophobic.

They could address this by striking deals with and working with the likes of Waterstones in the UK and other retailers around the world, but they and the others appear unable to join those dots and would rather plough their own furrows.
Posted by Martyn Daniels at Tuesday, April 26, 2011

I have a Nook abroad, and to be honest, once rooted, it can compete with any small tablet out there. It's actually better, because of the quality of build and the stunningly beautiful screen (which is better than the Ipad's).
I use mine as a night time reader and a tablet. The smaller size suits me fine.
Unrooted, it's of limited use. I haven't updated it, because I'd have to unroot, but I will, once it gets an autonooter.
You can register it from abroad, the problem is registering using a site that redirects you to another page. I tried to do that after I bought my NC in the States, and it wouldn't let me. It doesn't like that until you've registered. And if you can't register, you're a bit stuffed.
The B and N content doesn't mean a lot to me because of the xenophobia you described. And I usually sideload my ebooks anyway. But unrooted, I can run a Kindle app on it.

Lynne
I am glad you love your Nook and do not dispute anything you say about the joy it gives you.

B&N have a great US brand, a good US device, a good US bookstore chain, potentially a great US service in Pubit and even did lending before Amazon etc.

However the world, publishing, authors and consumers are global.

B&N if they had the nerve could buy Waterstones for £35m and be know outside of the US, or they could like Kobo try to venture past the eastern seaboard. But they never have and until that day, their offer sadly will remain US centric and will miss the bigger prize and be always vulnerable to global offers.