24Symbols: The Start of Books on Demand 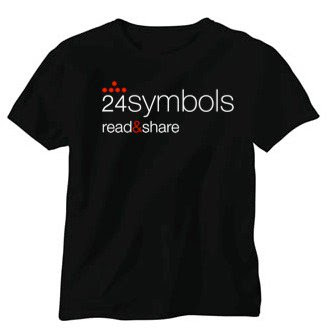 Way back in January 2010 we wrote the following as part of our 2020 predictions:

‘This year will start to redefine ownership and see the entry of the streamed ‘read on demand’ model similar to what we have been raving about with the likes of Spotify. It will take the music model to open up consumers to its potential. The challenge will be the publishers and their obsession in supporting existing models that they understand and their reluctance to think outside the box on rights and royalties.’

Unlike others we have long seen digital as different, as a licence and not an outright purchase.

We believe that viewing digital as a mere substitution rendition is a dangerous route. This not only straightjackets creativity into yesterday’s economic models, it also ties royalties and rights to an inappropriate business model and further subjects the reader to ‘albums when they may find individual tracks more appropriate’.

Amazon are clearly lining themselves up to change the way we write, read and purchase material. What looks from the outside, as often disjointed steps, can be clearly seen as well thought through strides towards a new platform of writing and reading, that today others are struggling to comprehend.

We have recently seen the lending of ebooks enter the market, albeit under a social sharing umbrella. We have seen Amazon’s cloud offer continue to be developed. We have now seen Amazon start to advertise on the Kindle. Hello, can we add two and two and make four? Amazon is potentially one step away from a digital on demand service based on ads plus subscription. We could see it as a new global library, a new ‘book club’, a new way for ebooks to be read and if coupled with social networking, viral marketing, author buy in and also the wealth of tools Amazon has built, maybe a category killer that will be hard to emulate and compete against.

Yesterday we read that ‘24symbols’, a Spanish startup is planning to launch a subscription service with the aim to become the "Spotify for e-books." They will offer an ad-supported and a subscription-based access around 10€ per month for ebooks and the books will be streamed and cloud based. The challenges they face are the same as Spotify and others before them – grappling with a rights and royalty infrastructure not built for pricing not on demand licensing let alone ad supported revenues. They also have to accept that Amazon is about to set up in Spain.

Is it realistic to think that a new entrant can break the mould, or are we looking at the start of a process where the real winner has yet to enter the race. Remember Amazon wasn’t the first internet bookshop but the 14th and the first to get service right.

Book rental on demand certainly is the obvious opportunity for the industry. However, unlike music, and to a degree film, books do not have a consolidated source and supply and is highly fragmented so negotiating contracts could become a nightmare for anyone without true market clout and presence. Secondly, we have the current bookshop versus library mess, which would tend to indicate just how difficult it will be for the rights gatekeepers to see anything that is to them left field. Thirdly, we can’t even price ebooks today, let alone formulate a commercial rental model that is mutually rewarding, so moving to a lower pricing model based on term time licensing and reward could still prove a challenge. Finally, we still have to move to the cloud culture and on demand lifestyle. This may seem a natural evolution but challenges the very basics of a library and ownership that we have know for centuries.

We believe Books on demand via a cloud based services makes logical sense, but the question is less of if and who, and more when and how they can change book culture as we know it today.
Posted by Martyn Daniels at Tuesday, April 19, 2011