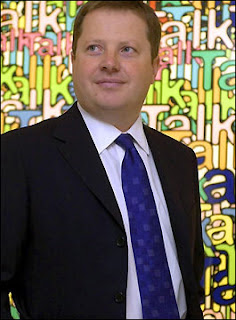 The Financial section of the Guardian today reported on the latest twist in the battle of responsibility of piracy between the Internet Service Providers and the music and film industry.

TalkTalk, the internet service-provider owned by Carphone Warehouse, has openly rejected demands that it should "police" the internet and cut off some broadband customers who file share. The record industry, in the form of the British Phonographic Industry (BPI), has requested that the service providers should warn persistent illegal file-sharers and then be cut off under a "three strikes and you're out" rule. The government has through lobbying been also drawn into the debate and has said that it would look to introduce legislation next year if service providers could not agree a voluntary framework to combat piracy.

Carphone Warehouse's chief executive, Charles Dunstone is reported as saying, ‘the music industry has consistently failed to adapt to changes in technology and now seeks to foist their problems on someone else. Rather than threatening us, the BPI's time would be better spent facing up to the reality of our times and adapting its business model accordingly.’

Whether we accept file sharing or not it is a fact of life that has always gone on but is now easier through technology. Spying on what is sent and how individuals use the Internet is as damaging and as morally questionable if not more than breaking copyright. It is ludicrous that what we do over our Internet services should be monitored and that one industry can expect to set a precedent that becomes difficult to stop once started. What next? We could be faced with every email attachment, every Skype call, every file transfer all being looked at in case it was believed to be illegal. We don’t condone piracy, but we also agree that adjusting business models to suit consumer trends makes far more sense than sticking your head in the sand and asking others police your mess.