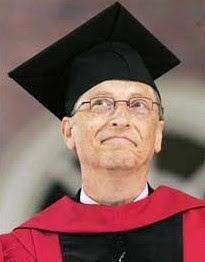 Bill Gates will launch Microsoft’s new "DreamSpark" initiative during his tour of U.S. and Canadian colleges that starts next week at Stanford University.

'DreamSpark' is about giving college and high school students around the world students free use of Microsoft’s tools such as Visual Studio, Microsoft's main development tools used by professional developers, and Expression Studio, design software over the Internet. The initiative will be available immediately to college students in the United States, Western Europe and China and enable them to write software applications, design elaborate Web pages or create new video games to run on the Xbox 360 console. The plan is to extend this to other countries and high school students and potentially reach 1 billion students.

Microsoft’s driver according to Gates is to give students broad access to software tools that can be expensive and difficult to get. Others may see it as a ploy to get them hooked on these tools and off rivals such as Adobe’s design software. The attractive element may be the XNA Game Studio software development tools for writing video games and a free one-year membership to the "XNA Creators Club" that would enable the students to bring the games to the Xbox 360 platform.

Microsoft today already makes development and design software available to students, but through a universities registration program, but this takes that one stage further and will be an attractive offer to many students. The imitative can be viewed in many ways but the initiative even if matched by others will lead to more technical savvy and multi media competent graduates.
Posted by Martyn Daniels at Wednesday, February 20, 2008