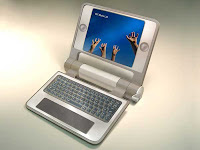 A pay as you go PC will hit the US market this summer. The model is from Zonbu, is Linux-based, will be priced at $99 with a $12.95 monthly subscription charge and can save $10 a month in electricity compared with a standard 200-watt PC. The computer is the size of a cigar box and uses a low-power Intel compatible microprocessor, comes with four gigabytes of flash memory instead of a disk drive, and saves energy with no drive or fan. The system will lack a keyboard, mouse and monitor, which the company will sell as options.

The Zonbu PC is targeted at the second PC in the home, cheap cheerful and practical. Will it take off? Personally we think its expensive for the limitations is has, but shows that many people are chasing the cheap PC.

A far more realistic and focused proposition comes from the One Laptop Per Child Foundation, which developed the XO laptop--a personal computer it plans to put into production in September at a cost of $176 (the device was originally touted as the $100 laptop). The One Laptop Per Child project is the brainchild of Nicholas Negroponte, the former chief of the MIT Media Lab.

We wrote about this in the Brave New World report and now out of the blue Intel has stated that it will support the project to put computers in the hands of poor children around the world, reversing its long-standing opposition to the proposal.

Current backers include Intel rival Advanced Micro Devices, which makes a microprocessor that runs the XO laptop, along with Web search engine Google, which is providing users e-mail accounts and free backup services. Software maker Red Hat, which developed computer programs for the device, and media giant News Corp. also have board seats. So educationalists now need to consider this new PC and its impact on their programmes
Posted by Martyn Daniels at Monday, July 16, 2007