Nook: The Bride Stuck on the Shelf? 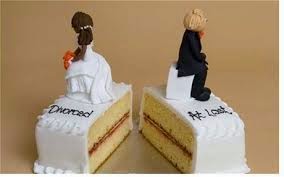 It must be the season when dreamers and some journalists cast their thoughts to opening their presents, sitting around open fires, drinking egg nog, watching sentimental films and potentially losing sight of reality.

Last week the long overdue divorce between Barnes & Noble and Microsoft was made absolute and the ill matched pair were finally put out of their misery. As we looked back over the couple’s short history, it is clear that the marriage was somewhat ill-conceived, and one more of convenience and hope than business logic. On one hand it was reliant on Barnes & Noble stretching itself past the Eastern seaboard and venturing where it had failed to tread before. Although they finally did this, it was too little, too late and done without real conviction and probably more down to the terms of the Microsoft deal than a burning desire to open up business outside the US. On the other hand Microsoft were pitched to be some sort of white knight to take on Amazon and deliver not just the much needed cash but the technology element of the proposition. Unfortunately the technology was not built on their Windows platform but on Android. There wasn’t cracks in the plan but chasms.

So Nook have apparently found yet another suitor in Samsung. Is this third time lucky or just another blind date and on the rebound? They appear to be still quietly beavering away to offload its Nook platform and this time to the media wanttobe. Samsung may have smarter technology and be in a good position to help Barnes & Noble, but does Barnes & Noble offer Samsung anything they can’t or shouldn’t be able do by themselves? Many will point to Barnes & Noble’s huge understanding and knowledge of the trade, others will say that they once claimed to be able to take on Amazon, but that they lost this battle even in their own back yard. Some will say that Barnes & Noble physical business is on the mend and Nook is a brand and service which has much to offer. Nook may be more stable now than those recent times when executives appeared to be leaping off buildings faster than the best trained lemmings.

Nook continues to haemorrhage and in its second quarter, ending November 1st,  it's revenue fell 41% to $63.9 million, while digital content sales fell 21% to $45.2 million. This contrasted with Barnes & Noble’s retail sales, which fell marginally by 3.6% in the same quarter, which was partly down to store closures, but offset by the 1.9% rise in their college unit.

When we visited the flagship Union Square bookstore a few months ago, we were somewhat taken aback by the real estate given over not to more books but to non book product. It would be very interesting to discover the product revenues and profit by category and one would suspect that books are doing worse than it may appear.

We then read the Street’s article, ‘Wal-Mart Should Buy Barnes & Noble's Struggling NookDivision.’ No we didn’t miss the question mark off the end, they obviously thought that this was a serious proposition. The logic was that WalMart was building up its digital offer so Nook would offer them a quick and cheap leg up. They even believed that Nook had built up a serious and ‘robust’self-publishing digital business.

We also found ourselves in somewhat weird discussions with others who also proposed Barnes & Noble should go further and even consider subletting space within Walmart stores.

The reality often hits home after the Christmas. The merry festive season is replaced with the cold and often dark reality of January. Even the sales can’t often lift that morning after the party feeling. Perhaps it’s time the accountants allowed the Nook to be put out of its misery. Nook has been to the alter more times than many and unfortunately time, even this short time, has not made it any more attractive and the dowry has dropped significantly.