The History That Gives us Read Petite 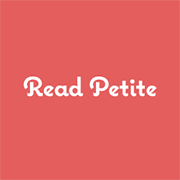 The digital era allows us to revisit what once worked but became inefficient and uneconomical in the physical world. It is not a case of repeating the old ways but understanding how digital technology and network connectivity can redefine the process and make what once work , work again.

We are working on a new venture Read Petite which reintroduces and redefines short form for today’s time poor readers.

Humans love short-form reading.  The recorded history of the short story goes back to the likes of Homer and collections such as Aesop’s Fables. Much later came Chaucer, Boccaccio and the early translation of collections such as The Arabian Nights. Then came Sir Walter Scott, Nathaniel Hawthorne, the Brothers Grimm and Edgar Allen Poe whose definition of the form still stands: a narrative that can be read at one sitting.

The age of mass literacy ushered in even more opportunities for short-form reading.   The widespread popularity of periodicals created a vast appetite for short-form reading of all types, creating opportunities for the likes of Dickens, Hardy, Kipling, Wells and Conan Doyle in the UK and Melville, Washington and Henry James in the US. Russian writers such as Tolstoy and Turgenev rose to fame on the back of the short story, and their fellow compatriot Chekov is widely credited as defining its structure for others to follow.

Today's publishers would be envious of the commercial successes of many of these pioneers of the form.  For example, in 1837, Dickens was selling some 50,000 copies of his Pickwick periodicals at a shilling a time.  By the time that Great Expectations was published in installments in 1861, he was selling 100,000 units a week.   Interestingly, installment-publishing didn’t cannibalise sales of the complete single-volume book - in fact, serialisation fuelled interest in the full-length work.

In the early 20th century, periodicals such as The Atlantic Monthly, The New Yorker, Scribner’s, The Saturday Evening Post, Esquire and The Bookman in the US and  The Strand, The Sketch, Harper’s and Story-Teller in the UK continued to feed an apparently-insatiable market.  Many of today's "classic" authors were given their first platform and public recognition through short-form writing, including Somerset Maugham, Saki, P.G. Wodehouse, G.K. Chesterton and Agatha Christie. In the US, writers such as F Scott Fitzgerald, Parker, Hemmingway and Faulkner often earned high fees for their short stories.  In the 1920s, the Evening Post was paying Fitzgerald $4,000 for a single story, (the equivalent of $80K today).

The market broadened still further with the rise of mass-market weeklies and monthlies.  For example, in the UK, weekly magazines such as Woman, Woman’s Own and Women’s Weekly started to dominate the short-form market.  "Name" authors gave way to genre fiction, literary to mass-market.

The Fall and Rise of Short-Form
In the latter half of the 20th century short-form writing took a tumble.  Outlets for short fiction atrophied: for example, IPC Media who dominate the UK woman's magazine market have seen a 22.5% drop in year-on-year sales (2011 compared to 2010).

While readers were as keen as ever on the medium - and writers certainly wanted to write it - book publishers found it increasingly difficult to package it in a profitable way. Physical production costs for a short story are close to that of a full-length work ten times the size - yet consumers clearly would not pay the same price for a 2,500 word piece as they would for a 125,000 word tome.  Distribution costs are identical, too.  To put it simply, the short-form story became largely uneconomic for publishers to sell.

The golden, once-in-a-lifetime opportunity created by the ascent of digital publishing is revolutionising every aspect of the publishing business, but nowhere more than in the realm of short-form publishing.  Physical productions costs have vanished.  Distribution expenses, while not disappearing, are now simply one more minor amortisable cost - and physical distribution costs, such as warehousing have of course vanished completely.

All this makes the rise of short-form reading little short of inevitable and Read Petite both viable and exciting.