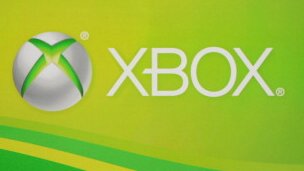 Microsoft continues to seek ways in which to join the media delivery party. They have tried devices, mobile operating systems, apps, services and have had one notable success – the Xbox.
The Zune Media service was a flop and discontinued earlier this year along with the device. Microsoft then went on to help create Nook Media and before Nook has taken off, we now have the news that Xbox Music will be available on the Xbox 360 games console this week and available on Windows-based devices once Windows 8 is released later in the month.
With a database of some 30 million tracks, the Xbox Music catalogue claims to be larger than even that of Apple's iTunes, which only has a mere 26 million tracks. But is volume enough when we are talking of a greater depth of music than even the connoisseur would expect?
However, like Spotify before it, Zune Media will offer a free version of the service, enabling users to stream music, with adverts appearing every 15 minutes. This may not be what Xbox users expected but Microsoft have carried out research which claims that some 60% of Xbox owners time on their consoles is spent using entertainment services rather than playing video games. Does this therefore mean that the consoles could become a sort of media tablet or platform? After all if one has invested in the console why buy another device to do the same and if that is the case why not use Zune Media for music?
So the Xbox can support Netflix, BBC iPlayer and sports TV network ESPN and now Zune Media and the obvious question is how this fits with Nook Media and ebooks?
The challenge, maybe to not build on the Microsoft brand, but to redefine it cleanly around the Xbox itself. However, naming the new service after a 'dead duck' is not a good omen on a service which is clearly about collections that are meant to last even if they are on-demand. It also begs the strategy direction Microsoft aim to take with Nook Media?
Posted by Martyn Daniels at Monday, October 15, 2012