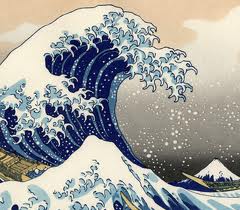 Under the Digital Millennium Copyright Act, service providers are allowed ‘safe harbour’ on content posted, but must act on any infringement notice that is served on them. Pretty straight forward and it is a process that happens everyday.

However, it can break down and go wrong and in the case one notice appears to have closed down not one piece of content infringement but 1.5 million teacher and student blog articles.

Pearson raised a takedown notice on ServerBeach who host Edublogs' websites. Edublog claims to be the oldest and second largest WordPress Multisite setup on the web. The infringement cited was aimed at a teacher's blog, which in 2007, had shared a copy of a 1974  Beck’s Hopelessness Scale's questionaire with his class.

Pearson requested $120 for the 38 year questionnaire, which was posted in 2007 and ServerBeach contacted Edublogs. The notice sent to Edublogs had apparently already been actioned and the offending post removed and not being displayed. However as many of us know, deleting something doesn’t remove it from the search engines’ cache so it is still effectively there and in this case ServerBeach spotted a copy of the disputed blog entry stored in the working memory of Edublogs. When Edublogs did not respond within 24 hours to emails alerting it to the allegedly infringing content, ServerBeach shut down the entire site and some 1.5 million innocent blogs. The action over one DMCA notice impacted a whole community. Was this in fact compliance or over zealous compliance?
There then followed a open internet spat between ServerBeach and Edublogs.
A whole innocent community of teachers and students have been effected by something that they should not have been exposed to. Who was right, wrong and whether it could have been handled better is subjective today. What is clear is that it is a bad day’s PR for DMCA, Pearson, ServerBeach and Edublogs and a worse day for a significant education community.
Posted by Martyn Daniels at Tuesday, October 16, 2012

Pearson apologizes for any inconvenience caused to users and readers of blogs hosted by Edublogs this week.

As a learning and information company, Pearson values the open and free exchange of ideas.

However we needed to address one post and one sensitive issue: the publication online of one of Pearson’s clinical tests. This particular test is used by clinical psychologists to assess people who may be at risk of suicide. Publication and any subsequent misuse of the test questions can compromise the integrity of the test results, and in turn the recommendations made by the qualified professionals.

It is a matter of deep regret that, in responding to our request to address this single item, a server hosting company took much broader action.