Three Start-ups That Could Change The Market? 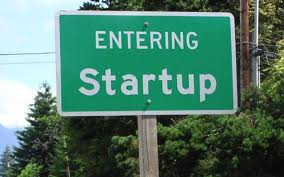 New services are appearing weekly and all offer to either, save publishing, or redefine it within the new digital world. This last week has been no different and has seen three new services gain visibility, drive interest and create a significant volume of debate amongst the industry thinkers, and advisors.

What is now interesting is that services are being launched with outside funding and these are not only different, but are potentially very disruptive in how they challenge the way we do business and interact within the market.

Are objective today is not to decide the winners and losers but to explore some of the challenges and their potential to disrupt tomorrow.

Humble Bundle create a package of ebooks from different authors and offer these at a consumer driven price. In other words the consumer chooses how much they want to pay. If they pay more than the average payment they can receive additional ebooks and they also get to choose how their money should be divided. The files themselves are DRM free.

We all remember the famous event when Radiohead did the same consumer driven pricing for their album release, ‘In Rainbows  ‘. Some gave a cent, others paid a responsible sum, others paid a fee aligned to the standard RRP. It caused a stir, gave Radiohead loads of publicity and as a one off promotional exercise and according to who you listened to, worked, or didn’t.

Humble Bundle are doing the same in other media sectors with their ‘brew’ bundles and now have extended it to ebooks. The collection on offer featured books by the likes of Cory Doctorow, Neil Gaiman, John Scalzi, etc. The titles offered are mainly backlist with the exception of one new Tor title.

Some may be forgiven to thinking that the children had actually taken over the chocolate factory.

The ebook bundle certainly  gives new meaning to the term ‘net receipts’ and raises many questions on rights, other renditions and the model’s sustainability if it were widely adopted.
Cory Doctorow claims combined sales have exceeded $400k. However how many of the bundle have or will be read and what is the percentage that is merely there to pad out the bundle to make it look attractive? Are the receipts spread evenly or do they go to the better known authors and to the detriment of others?

It certainly is a great promotional way to sell backlist, and maybe mix in some front list to add spice. It would also work were there is a clear genre attraction, but is it just another Groupon in the increasingly ‘Voucherclouded’ world? We can only read one book at any point in time and a bundle would suggest a high percentage will be mere shelf fillers to aid a promotion.

When ebooks are being sold at 97% discount, you can’t blame Humble Bundle’s for asking , how much?

Oyster
No it’s not the latest swipe card for London Transport, but a new start up which offers a different sort of a potential ‘pearl’ to publishing.

It is not the first, nor will it be the last start up to offer ebooks under subscription. However, it’s well funded and determined to push the increasingly visible issue of ‘licence versus ownership’ . Oyster claim to be the new ‘Spotify for ebooks’ and we can’t argue that this make sense and is long overdue.

However, just as Spotify have found in changing the music culture, there are many questions  and challenges Oyster now face in its drive to change book culture.

Oyster offer a  ‘much as you can eat’ for a straight monthly subscription. This makes good sense but we are all constrained by time and they are highly unlikely to have the field to themselves.

The subscription has to offer a true value statement and match or compete with the current high discount offers in the market. This is becoming increasingly difficult as some front sellers are being discounted at ridiculous levels such as 97%. The traditional retailers can easily undermine the Oyster offer by heavy discounting on the leading titles and Oyster’s ability to respond may be somewhat limited.

The next challenge is on range. If Oyster offer the full range, then how will they be seen as different and what compelling reason will the consumer have to tie themselves into a contract as opposed to playing the market? They could ‘twig’ content and feed vertical niches, but as readers are eclectic in their habit, they will fall into the hole the big book clubs did before them.

They could align with vertical interest groups, but today they have not said this is a route they are planning to take.

Then we have the commercial model and rights whether these sales fall under business as usual, subsidiary sales, or whatever. Asking publishers to revisit contracts can be a big negative and roadblock to getting content. Therefore publishers need to be able to square the subscription model against their existing contracts.

The subscription model is logical in a licenced environment but changing culture is not easy and the digital market has a reputation in being somewhat fickle even if there may be a pearl in the oyster.

Bookshout
Finally we come to what may be the most contentious of the start-ups, Bookshout. The new operation is attempting to aggregate readers ebook libraries, by what some may described as the back door.

A member gives Bookshout their Amazon, Nook and whatever logon details and allows Bookshout  to use these to effectively log on and verify their purchased ebooks. Bookshout then sets up copies of these ebooks on their service, enabling the reader to be effectively device and retailer independent. The new copy is provided by the publisher on the basis that Bookshout has established proof of previous purchase. Bookshout can not only consolidate a reader’s library onto their platform, they can also consolidate reading information and activity information and feed this back to publishers.

Obviously, Bookshout retails ebooks in their own right too.

Questions remain as to what DRM they are using and how what is effectively therefore a fresh licence can square with the like of the lack of a first sale doctrine on media today. The publishers appear happy , BookShout are happy, but how long before Amazon and Nook shut the back door? It somewhat like making a business on stealing someone else’s sale and expecting them to roll over.

Who does the customer have a contract with?

Obviously, their unique proposition is based on the member being willing to give them their personal access credentials and that the publishers accept that they have established proof of purchase of the original licence. Most importantly it is also based on them being able to operate, within what some may say, is a loophole in Amazon’s and Nook’s terms both with publishers and their consumers.

So is Bookshout the reading platform for all? Will it be the place of choice or merely somewhere one goes to aggregate their library? It may depend on how many people have ebooks from both Amazon and Nook which no one today can really answer but is a big question on which to build a business.

The interesting thing is that all three if successful are disruptive, but how do we measure success and is it sustainable or merely a flash of first mover excitement?

I think you mean "Humble Bundle," not "Hubble Bubble." :)

Pretty sure your first post is talking about The Humble Bundle, which started by packaging video games but has done a music bundle, and now book bundle with the authors you named. http://www.humblebundle.com/

Yes it is Humble Bubble and the brew must have gone to my head. I realised after posting it and apologise unreservedly to Humble Bubble but couldn't get Hubble Bubble toil and trouble out of my head or access to update it.
Sorry

Or, again, Humble Bundle. ;-) I just purchased the last bundle with Gaiman, Doctorow, Scalzi, Lackey et al and I will certainly be reading all of them.