Did Your Phone Ring For You Yesterday? 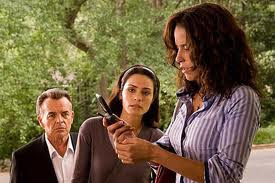 Did you miss that important business call or appointment yesterday? We all rely so much on mobile connectivity it can be a real issue, or alternatively a joy, when its not available.

Yesterday millions of calls where 'lost', people looked at their phones and were unable to make calls as O2 customers across the South-east of England and east London were unable to make calls or send text messages for most of the day. The problem was due to network equipment owned by O2 having been stolen in the early hours of the morning.O2 users in Kent, West Sussex, North and east London were without service for up to 17 hours.

O2 said it would not be issuing compensation but they will be obviously taking a bit more care of their equipment in the future.
Posted by Martyn Daniels at Wednesday, May 18, 2011