Back Up Your eBook Files 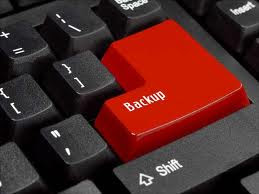 Sound advice to all ebook user has been posted on the iFlow website:

‘We suggest that you download all of your books to your devices and then do a backup with iTunes. This should allow you to restore them if you change devices. We also strongly recommend that you go to our website and download all of your books to your computer which will let you access them with Adobe Digital Editions or any other ebook application that is compatible with Adobe DRM protected epubs.’

The reason behind the advice was that BeamItDown Software and the iFlow Reader will cease operations as of May 31. In an open statement they lay the blame squarely on Apple and say that their change of rules and absolute control of the iOS platform obviates them making any reasonable return. Apple is now requiring them, to give Apple 30% of the selling price of any ebook that they sell from their iOS app. Their gross margin on ebooks after paying the wholesaler is less than 30% under the “agency model”, which means that they would effectively make a loss on all ebooks sold.

They make the point that existing iFlow installations may not work in future releases of iOS:


Will we see other ereaders and ebook services go to the wall and it is vital that users are educated to back up their files especially those licensed via Adobe’s SACS4 DRM service.

To further make the point Entourage Canada has announced that they will be discontinuing manufacturing and distribution worldwide of the Entourage Pocket Edge e-reader. It is a small dual book device with one screen featuring a 6” eink touch screen and the other a 7” full color resistive touch screen and is an Android device. Some say that It bridged the gap between an e-reader and an Android Tablet, others that it was neither one nor the other and was bound to slip down the gap. The major issue today is the fact that it still runs under the outdated Google Android 1.6.

According to a Goldman Sachs report from February, Amazon has 58% and the leading share of ebook sales, Barnes & Noble are second with 27%, then Apple has 9% and forth is Kobo with 7%. This seriously says what little penetration the myriad of other eInk readers and tablets have made in the ebook market. It also should send out huge alarm bells to Barnes and Noble that they have little brand awareness outside of the US and could find themselves increasingly squeezed as ebooks go global. Kobo has recognised the global issue but have to address this from a low position today. We have yet to see if there is to be a Google effect but if as likely they do make strong figures then it may be down to three global brands versus the rest.
Posted by Martyn Daniels at Wednesday, May 18, 2011

I just couldn’t leave your website before telling you that we really enjoyed the quality information you offer to your visitors… Will be back often to check up on new posts.