There is Gold at the End of this Rainbow 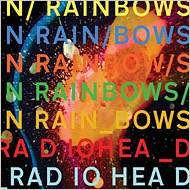 Radiohead ‘Rainbows’ was the first to be offered as an ‘honesty box’ buy with fans paying what they thought it was worth to download it. The exercise was a huge success attracting new as well as established fans and generating a wide range of payments. Many in the press knocked it as a failure and predicted no or little sales of the album when it was released.
The album was released on plastic CDs and vinyl LPs on Jan. 1, with the CD priced at $13.98, though it could be found for as little as $7.99True the sales have not matched those of previous albums but it still sold 122,000 copies in the United States in its first week. It also reached number one in the UK weekly music chart. Demand for the album was such that some record shops put it on sale before the label’s planned “street date,” resulting in sales of about 9,000 copies the previous week.
The iTunes service, sold about 28,000 copies had not carried any of the band’s previous albums, owing in part to Radiohead’s demand that its recordings be sold only as complete works.
The sales suggested that the band’s name-your-price offering, and fans’ subsequent free sharing of files, had clearly reduced their sales but had gained them massive exposure, more fans and probably as demonstrated by Prince earlier this year guaranteed a bigger cash prize on the band’s tour of 20 North American cities this year.
Posted by Martyn Daniels at Thursday, January 10, 2008