Jobs says No to an iBook 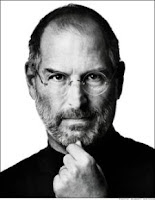 Steve Jobs the man who gave us iTunes, iPod and iPhone is reported as commenting on the Kindle, "It doesn't matter how good or bad the product is, the fact is that people don't read anymore... The whole conception is flawed at the top because people don't read anymore."
The reality is that his current platforms are converging fast and he is unlikely to make a dedicated anything and the ebook is only one step away from his iWorld. His statements are more about his probable reluctance to produce a dedicated ereader which frankly we would both understand and support.

He also remarked on Google and their reported gPhone ‘Android’, "Having created a phone, it's a lot harder than it looks. We'll see how good their software is and we'll see how consumers like it and how quickly it is adopted. I actually think Google has achieved their goal without Android, and I now think Android hurts them more than it helps them. It's just going to divide them and people who want to be their partners."

What Apple and Google partners!! 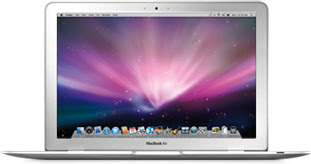 Also this week Apple has unveiled their latest ultra thin utra light laptop 'Macbook Air'. It is 1.94cm thin, weighs 1.36kgs a 13.3" screen and incorporates the touch pad technology ofthe iPhone. Would we buy one of those and a iPhone full stop? Probably is the answer and the rest of the hardware becomes mere noise.
Posted by Martyn Daniels at Thursday, January 17, 2008