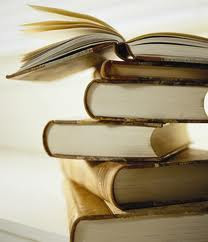 Unlike the music, game and video sectors, the majority of books today don’t exist in a digital form, they exist on paper. The consumer choice is not one of changing or upgrading a device, or moving from tape to CD to MP3, or going from DRM protected music to DRM free music. In other media sectors, the headphones may change, the screen may be now mobile, the games console may become wireless but the basic experience remains the same all that has changed is the delivery. Books are different. Unless we are talking about a pair of glasses, the vast majority of consumers and book readers don’t own a reading device today, they have to buy it. Also today when we buy a book we own it and can, give it to a friend, write all over it, destroy it and even resell it to someone else. The biggest change consumers face is the realising that when they buy a digital book they will not own as yesterday and that may be tethered to specific technology or platform that has not got a lifetime guarantee. These two changes are significant and hold the keys to many of the issues we are all grappling with.

Some believe that digital is just an extension of the physical and as such just another rendition. Arguing that as they own the right to publish the books, this should be on any platform, but authors and agents are instead saying that digital rights, if not specifically covered under a contract, remain with the author. It is reasonable to argue that the digital rights traded to the consumer aren’t the same as the physical traded rights and if not, then the rights acquired and developed must also be different. If this is correct then its perfectly logical for authors and agents to treat them separately and not dance to the publishers tune. There may be are secondary rights acquired to develop or enhance a digital work and these need to be contractually thought through moving forward. However, where the text from the physical book is merely poured into the digital jacket the point that should be considered is the traded rights not whether it is just another rendition. It is read differently and the usage rights and restrictions traded are different and these should be the points that determine whether it is the same or different. .

The issues of digital pricing rages on, with one side saying that the price must be comparable with the physical and the other shouting cheap or no deal. The questions should not be about what the publisher’s believe is fair, but what the consumer expects or is prepared to pay. Also low pricing can stimulate growth and high volume and low margin is often better than low sales and high margin. We should remember that consumers aren’t stupid. The music industry got initial CD pricing woefully wrong and despite the alarm bells keep coming up with the lame excuses for artificial high pricing. The result was that consumers voted with their clicks and created Napster, Kazza and a whole new independent channel. We hear similar explanations about the cost of digital on publishers today and it makes one wonder if some should be working for the Ministry of Disinformation. The message is clear - be careful what you wish for.

One of the major reasons that the economies of digital aren’t always appreciated by the public is that they don’t understand that in the digital age many publishers still live, work and develop content and the marketing collateral in the Dark Ages and simple convert it, post production as an afterthought. Yes distribution and printing may only constitute some 10 to 15% if the cost but that isn’t where the greatest cost saving is offered by digital! The one thing that is clear is that Digital Publishing should be publishing and not an adjunct and afterthought. While publishers still maintain their pre and post production worlds they will fail to grasp the true benefits of digitisation on their business and continue to play ‘pin the tail on the digital donkey’ whilst they are blindfolded in the market.
Posted by Martyn Daniels at Sunday, August 08, 2010

You can find more thoughts on this on http://booksmatter.wordpress.com/ under the heading: So What Is The Future For Electronic Publishing?

It amazes me that book publishers haven't learned anything from the mistakes of the recording industry.

Then again, the methods and strategies of book publishing haven't really changed much in the last 100 years, despite massive changes in technology and society. There is an enormous amount of waste in book publishing today.

Paperbacks didn't kill hardbacks, audiobooks didn't kill either, and ebooks won't kill any of them. The economics, distribution, and effective advertising of ebooks is much different than that for print books, though, and most publishers don't seem to understand that.

Ten dollars is still too high for an ebook. There are no printing and distribution costs, no returns of unsold books, etc. Those things alone should drop new ebooks down into the five dollar range. When sales of the title slow, it should go down even further.

The only way I could justify spending $10 for an ebook is if it came with a LOT of extras that couldn't be found in the print version. I generally won't spend more than that on a DVD, and those often come with tons of extras.

Print and electronic rights are definitely different things. There are a number of authors (and a few publishers) out there who have bypassed print altogether, and go straight to ebooks. Some never sell much, but some of those who write in a few particular genres or subject areas are doing very well, especially when you consider what they would have received as an advance from a publisher.

Sadly, most traditional media/content producers are simply too mired in the past to make any significant changes until they are forced to. The music and movie industries, newspaper, book publishers, comic publishers, etc. are simply moving too slow to keep up with the needs and desires of their customer base.

You are right and its a shame that too many rewrite the history of the music business to fit their story and don't step back a look objectively at the catalogue of bad decisions to fight change.
Publishing today remains an analogue business in a digital world.